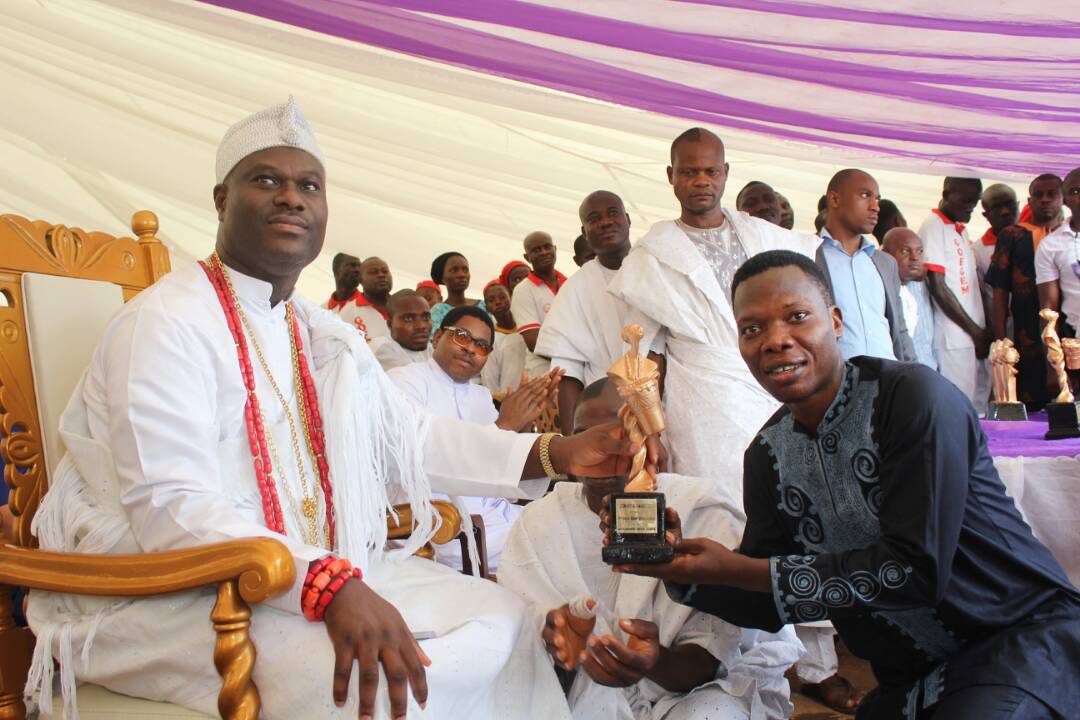 Juju Music has been, is and would always remain a permanent part of our culture in the Yoruba land and beyond. It’s no hearsay that other tribes are beginning to embrace the melodious genre and are giving it a try.

If there is one name that is currently hitting it hard on the scene with his maestro in the Juju genre field, then that man would be no other person than Prince Abel Dosunmu popularly known as Mega 9’9.

Mega9’9 has become a household name for his genre of music, he started as a choir member in the church. A veteran of sorts, he has paddled fairly well through the murky waters of the music world in Nigeria. The Maverick Gospel Juju music star has put his state of the art musical equipment to good use as he has released audios and videos that have earned him major recognition in the country and beyond.

After winning the Best Juju Music Artiste Of The Year for the 8th time, the “Mega Superstar”, Mega 9’9 celebrated his victory as a superstar in the Juju genre and also launch his latest body of work titled “Mega Superstar”.

The celebrated entertainer has added to his collection of accolades with 3 prominent awards over 7 days in the month of April. One of the awards was presented to the Juju Maestro by the Ooni Of Ife, Oba Adeyeye Enitan Ogunwusi.

Check out the awards below.

BEST JUJU ARTIST OF THE YEAR BY KAYPERS INTERNATIONAL AWARD ON SUNDAY 23/4/2017.