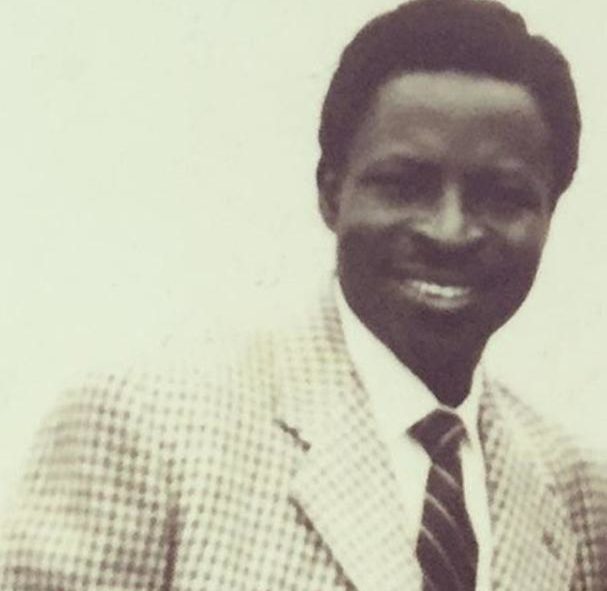 On His 91st Birthday At His Lagos Home

Friday 22nd of November was meant to be the 91st birthday of Alhaji Mansour Alase Bakrin Ottun. Some of his family members were planning to have a low-key celebration to mark the day. But that was the day Papa Ottun passed on.

The family was thrown into a mournful state that Friday morning when he breathed his last in the early hours of the day. He died at exactly 8am, as revealed by family source.

The renowned educationist will be greatly missed by the Lagos Muslim Community. He was buried according to Islamic rites at 4pm at his palatial mansion in Gbagada. City People Assistant Society Editor, ABIOLA ORISILE, NURUDEEN AKOREDE and OLUVIDEO were at the event to serve you exclusive gist.

WHY LAGOS MUSLIM COMMUNITY WILL NEVER FORGET HIM

Ask within Lagos Muslim Community, about who late Chief Mansour Ottun is, you will be told that the entire Ansarudeen has lost a philanthropist of note. He is one of the rich Muslims in Lagos who spend big at Mosques. He also supported lots of less privileged, most especially in Ansarudeen where he belonged. Even within Gbagada Central Mosque, he was described as a cheerful giver who gives without looking back. Even in his old age, he still gave to the needy.

ALL YOU NEED TO KNOW ABOUT THE DECEASED

Late Alhaji Mansour Ottun was a Principal at his early age. He was described as a fantastic father by many of his old students some of who made his burial. He was very popular in Ota and had all his children in Ota. He was described as principal of all principals. This is because he was the principal of Ansarudeen Teachers Training College, Ota. He was so popular in Ota that many thought he was from the popular Ottun family of Ota. He was also one of the foremost rich men in Ota. His friends were the likes of late Oba Fadina of Ota, late Oba Salaudeen Orisile, late Ishola Dada Obanibashiri, late Alhaji Salako to mention few. Many of his students are now professors such as; Professor Folawiyo, and Professor Yaro Balogun to mention few.

HOW HE DIED ON HIS 91ST BIRTHDAY

Late Alhaji Mansour Ottun would have celebrated 91 on the day he died if not that he breathed his last earlier in the day. Did his children see it coming? Yes. According to Hon. Taiwo Ottun, one of his sons who is an House of Assembly Member, he revealed that his dad stopped eating solid food for 2 weeks and started taking only liquid-like pap and custard. His words “today was supposed to be my father’s birthday and I was going to buy a ram to do “Sadaka”, but he slept and didn’t wake up. Another daughter of his also revealed that she was supposed to be with her dad the day before he passed away but she stayed back.

Hear what Tinuke Ottun said: “my father is a very good man. I always love to sleep beside him. I was even supposed to come home today but I stayed back. At exactly 3.15pm, my room door slammed and I heard my name. My father has gone to rest, she said.

WHY MUSLIMS CHERISH DYING ON ONE’S BIRTHDAY AND FRIDAY

Ask any Muslim faithful, you will be told it is the prayer of any Muslim to die on Friday. It is even written in Hadith that there is a special grace for a person who dies on Friday. For late Alhaji Mansour Ottun, he didn’t only die on Friday, he died on his birthday, which is also significant. Don’t forget that Abdulahi Ibn Umar RTA in his Hadith.

HOW HE SURVIVED OVER 4 STROKES

To say that late Alhaji Mansour Ottun is blessed would be an understatement. Though he died peacefully in his sleep last Friday, Baba had survived over 4 strokes many years ago.

WHY HE WAS BURIED INSIDE HIS HOUSE

Alhaji Mansour Ottun was buried inside his house. Why? His son, Hon. Taiwo Ottun revealed that it was a decision all his siblings took years ago when they lost their mum, late Alhaja Salmot Aderonke Ottun. It was on March 25th and they agreed to bury her inside the house which was converted to a mini tomb. It was in the same tomb where they buried their mum a few years ago.

Late Alhaji Ottun was not just a happy man in his days, he must have been a happy man after his death because all his successful children rallied round. His 11 children are doing so well in their chosen careers. One of his sons Taiwo is the head of the Legislative Directorate at the Lagos House of Assembly. He has a daughter Bimbo, who is a Medical Doctor. So also is one of his daughters Sa’adat Atinuke Bakrin-Ottun, who is the Executive Vice-Chairman/CEO, Sally Tibbot Consulting Nigeria. She is a Consultant Forensic Fraud Prevention Specialist.

He also has a daughter Biola who is a big Construction giant in Abuja. She is a Civil Engineer. There is Tokunbo a businesswoman. He also has a son Seni, who is very popular. He is a businessman. They all came out to pay last respect to their father.

HE WAS AN EDUCATIONIST

In his lifetime he was a great man. Alhaji Monsuru Alade Ottun lived a fulfilled life. He was an eminent educationist in his lifetime and a devout Muslim who supported the cause of Islam. At various times he was the Principal of Ansarudeen Teacher Training College, Sango Otta in Ogun State for 34 years. He was also Board member Lagos State Primary School Management Board. He also served as National Education Secretary, Ansarudeen Society of Nigeria for 40 years. He retired meritoriously in 1986. He was an Oxford and Cambridge University-trained graduate. He was a disciplinarian who never spared the rod.