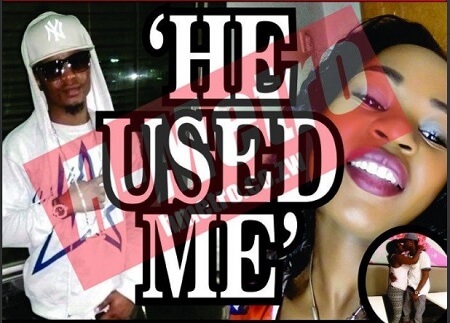 According to a report by H-Metro, an adulterous affair between popular Zimbabwean hip-hop musician Juss Russ- real name Russell Musakusa- and his girlfriend Sheila Kaseke ended in nasty fashion after the musician reportedly sold the lover’s car to finance his wedding to his wife.
Sheilla Kaseke recovered her Mitsubishi Colt vehicle registration number ACW 6188 from the ‘What kind’ singer, after she engaged the police to assist her with recovering the vehicle.
“Russell used me, he never loved me. All he was after was my money and assets, it’s unfortunate that I realized it late. I used to give him money, and things, assuming that I was investing in the relationship until I found out that I was being deceived. Before we broke up, I gave him my Mitsubishi Colt, since he had just returned from the UK and had no car to use.
“I was later shocked when I realized that he had sold the car so that he finances his wedding with his wife. I was so hurt because I thought we had something special going on, all my relatives knew him and he had promised to marry me. To recover my car I engaged the CID, otherwise he was not willing to give it back to me since each time I called him to return the car he would lie that he had taken it to a garage owned by a guy called Desired and sometimes he would lie that he was in the UK whilst he was in the country,” she said.
Responding to the claims, Juss Russ said Sheila’s allegations were a case of sour grapes.
“She fabricated all those lies against me only because I dumped her and she was not happy with that. I darted her way before I got married to my wife. I started going out with her in high school and when I returned from UK we met and we continued with the relationship. I then called it quits after I asked her to go for HIV tests and she refused,”he said.
Juss Russ added that he believed Sheila was being influenced to tarnish his name by other hip-hop musicians who are feeling threatened by him.
“The reason she is bad mouthing me like this is all because there are fellows musicians who are up to bring me down. She is being influenced by a prominent musician whom I refused to have a collaboration with. It’s unfortunate they are now sensationalizing the matters with the aim of tarnishing our image,” he said.
Popular Singer Busted After Duping His Side Chick to Finance Wedding to His Wife was last modified: July 3rd, 2017 by Arinze Ago

8 Key Questions To Ask Your Landlord Before Renting A House!