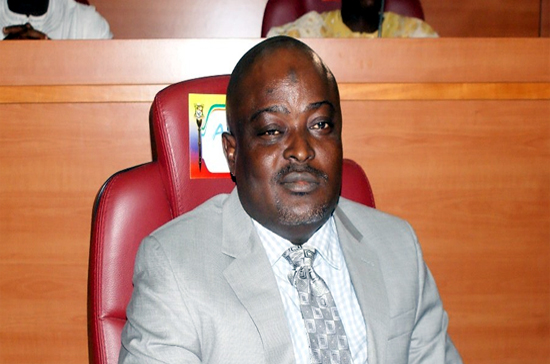 The Speaker of the Lagos State House of Assembly, Rt. Hon. Mudashiru Obasa has mandated the House Committee on Education to propose a bill for a law to make the teaching and learning of Yoruba Language compulsory in all schools in Lagos state.

This, according to him, stems out of the need to preserve the cultural norms, values and tradition of the Yoruba people, part of which is the language which he said must not be allowed to go into extinction.

Basking in the euphoria of the encomiums, accolades and awards (local and international) received by the house of assembly under his resourceful leadership, owing to the Yoruba Language Stakeholders’ Forum organised by the House recently with prominent and eminent traditional rulers in the south-west, governors , speakers and prolific Yoruba scholars, in attendance, Rt.Hon Obasa said from nursery through tertiary education, the language must be taught and learnt.

Other features that the Speaker has proposed in the bill is the use of Yoruba language as a means of communication for transactions and in workplaces throughout the state without any form of discrimination against its users.

Yoruba language is also to be a subject of important consideration for admissions into tertiary institutions in the state.

It would be recalled that Obasa’s ingenuity has brought about the passage of pro-people bills such as anti-kidnapping, anti-land grabbing and neighbourhood safety such laws which have received much acceptability throughout the state and has since been assented to by Governor Akinwunmi Ambode who also applauded the Speaker’s resourcefulness.

Speaking on the issue, the Chairman of the House Committee on Education, Hon. Lanre Ogunyemi commended Rt. Hon. Obasa for his doggedness in putting in place measures that will promote the Yoruba language and prevent it from going into extinction.

“Rt. Hon. Obasa deserve commendation for this bold initiative and I’m assuring you that the committee has already commenced work on the bill,” Hon Ogunyemi said.