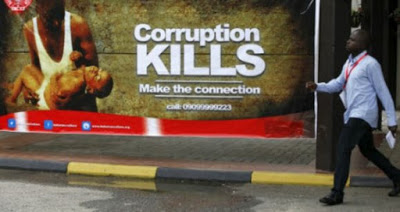 The Senior Special Assistant to the President on Media and Publicity, Garba Shehu, confirmed this development to State House correspondents on Wednesday in Abuja.

He noted that the enthusiastic response of Nigerians to the whistle blower policy had boosted the tempo of the anti-corruption crusade of the Buhari administration.

According to him, the government is considering ways of enhancing the structural capacity of the whistle blower mechanism.

“The government is considering empowering the mechanism by either bringing it under the Presidential Advisory Committee Against Corruption, PACAC or some other body to imbue the process with a strategic national purpose.

“In a word, government thinks that the whistle blower mechanism is too important to be left without a strategic, national direction,’’ he said.

Mr. Shehu commended the zeal and patriotism of Nigerians for responding positively to the whistle blower incentive policy, which was intended to expose hidden looted funds.

According to the presidential aide, no public policy can succeed or go far enough without public support and participation.

“When the citizens realise they are victims of corruption, they may feel encouraged to join the efforts to expose looted funds,’’ her added.

He explained that the huge and incredible amounts of looted funds being recovered by EFCC and the whistle blower efforts “is a revelation about the mindless, callous and reckless scale on which Nigeria had been robbed by unpatriotic and egregiously selfish public officials.”

He said the election of President Buhari in 2015 was a divine intervention in response to the desperate cries of Nigerians for urgent change.

The presidential spokesman maintained that stealing by officials under a democratic government at the expense of people’s welfare “is worst betrayal of voters’ mandate’’.

According to him, government is getting suggestions to bring the issue of illegal weapons in the hand of citizens that are being used to fuel intra and inter-communal violence under the purview whistle blower policy.

“Yes, it is true; the presidency has received suggestions that call for the whistle blower policy to be extended to the possession of illegal weapons by powerful individuals in the country.

“The government will look at all that and make a pronouncement.

“Nigerians would be encouraged to expose the presence of illegal weapons in the homes of powerful politicians and other public figures, who may use those deadly arms for sinister political agenda.

“Those patriotic Nigerians exposing looted funds deserve all the encouragement and protection to sustain their enthusiasm, with a view to encouraging more citizens to participate in this major aspect of the anti-corruption crusade,” he said.

Mr. Shehu assured that the Buhari administration would ensure judicious use of all recovered funds and commended Nigerians for their support

How Putin Meddled in US Election – Report