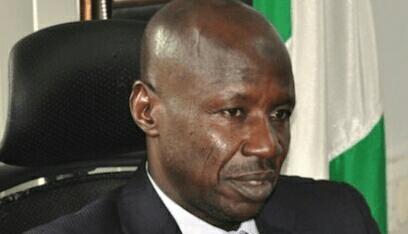 Ibrahim Magu has been suspended as the Acting Chairman of the Economic and Financial Crimes Commission, (EFCC) by President Muhammadu Buhari, the BBC reports.

Magu reportedly spent the night in a police cell at the Force Criminal Investigation Department (FCID) Headquarters in Abuja.

This followed a six-hour grilling by a presidential panel, chaired by Justice Ayo Salami, a former president of the Court of Appeal.

Buhari set up the panel to probe various allegations levelled against Magu, following a petition by the Minister of Justice and Attorney General of the Federation, Abubakar Malami, and the Department of State Service (DSS).

I Got Into The Food Business Accidentally – Founder/CEO, Sweet Sensation, KEHINDE KAMSON