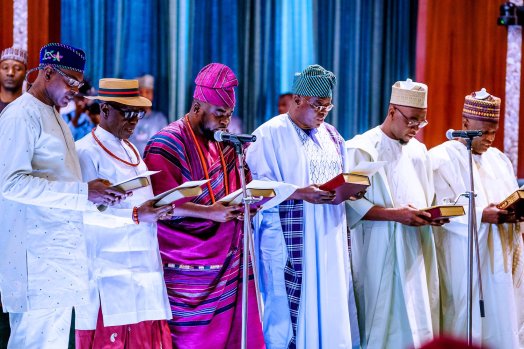 News Agency of Nigeria (NAN) reports that the president performed the inauguration ceremony shortly before the commencement of the weekly Federal Executive Council meeting.

The event was witnessed by Vice-President Yemi Osinbajo, the National Security Adviser to the President, Babagana Monguno; leadership of the National Assembly; cabinet ministers and some families of the affected members.

Coronavirus: Juventus Vs Inter Cracker To Be Played Behind Closed Doors