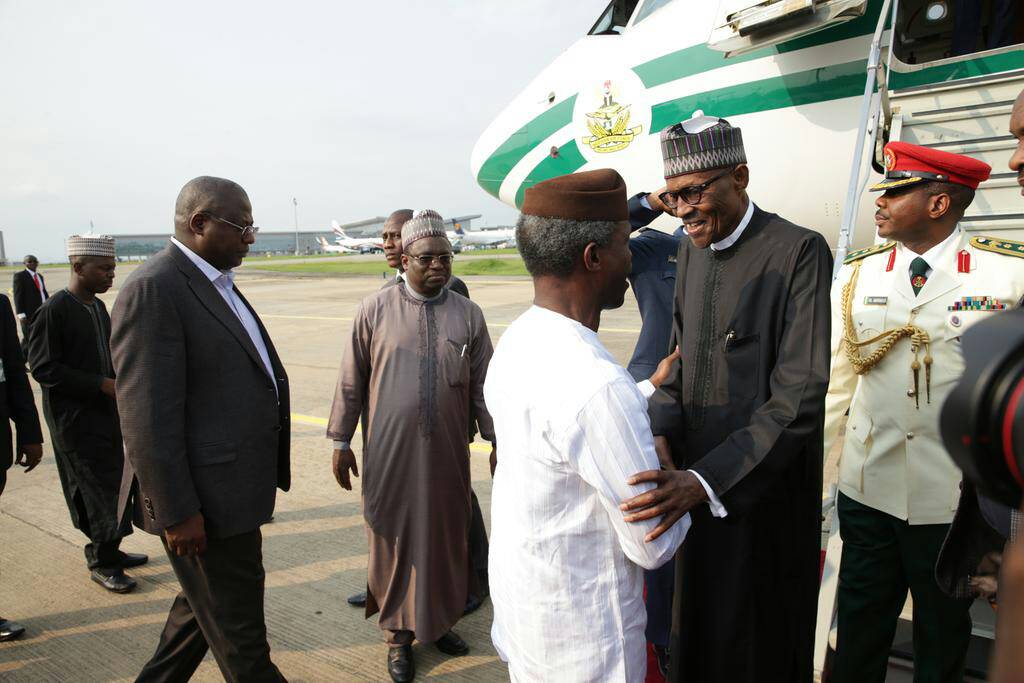 President Muhammadu Buhari has left Nigeria for New York to join other world leaders at the 72nd session of the United Nations General Assembly.

Femi Adesina, presidential spokesman, had disclosed the president travel plans on Friday, saying “President Buhari will transit through London on his way back to the country”.

The presidential spokesman said the high point of the president’s visit would be his participation in the general debate during which he would deliver the country’s national statement.

According to him, the theme for this year’s debate is: ‘focusing on people: striving for peace and a decent life for all on a sustainable planet’.

Adesina said the president would join other world leaders at the welcoming reception to be hosted by Antonio Guterres, UN secretary-general, and that he would also hold a bilateral meeting with the UN scribe.

“Equally, the Nigerian leader will hold a lunch meeting with President Donald Trump of the United States of America, along with other world leaders,” he said.

“The president will be accompanied by the governors of Zamfara, Ebonyi and Ondo states, and key cabinet ministers.”

The return date of the president was not disclosed.

President Buhari Travels Out To US For UN Summit was last modified: September 17th, 2017 by Reporter