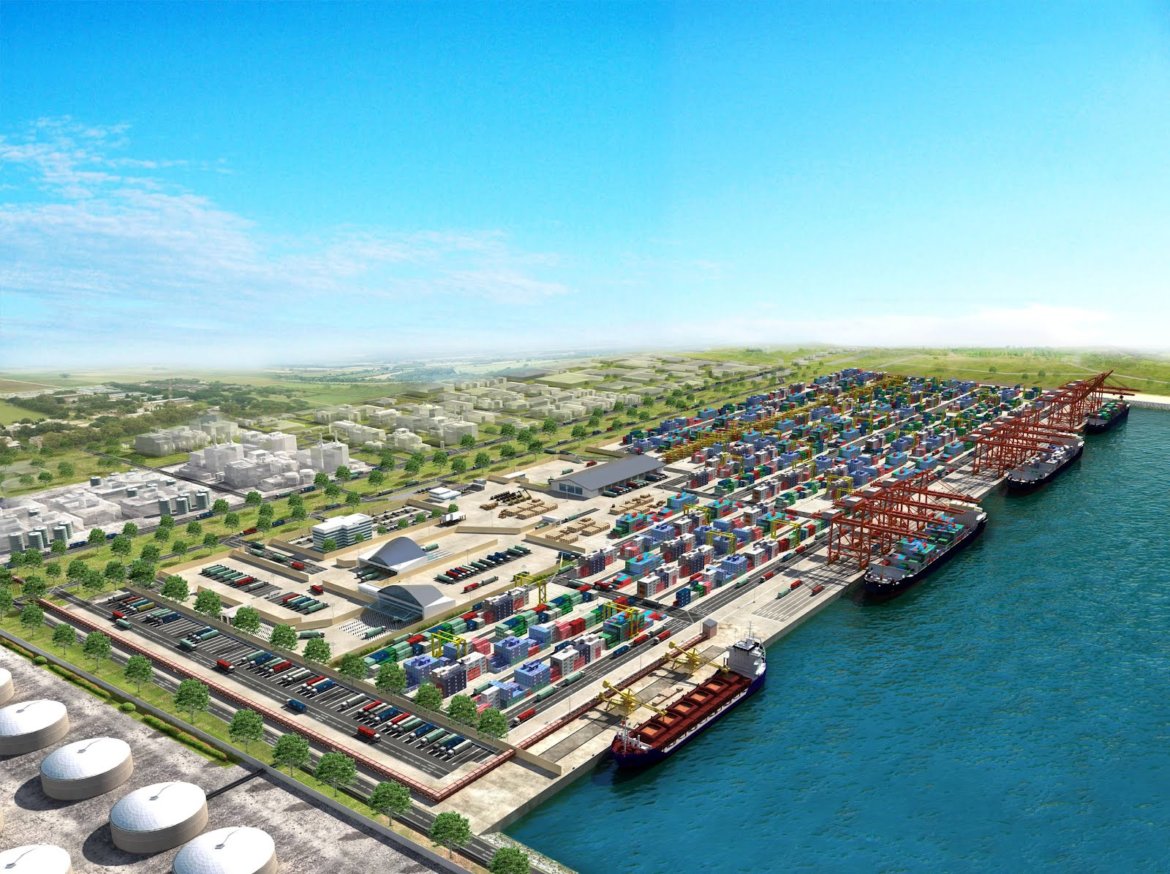 President Muhammadu Buhari on Thursday flagged off the construction of the Lekki Deep Sea Port in Lagos, pledging that the Federal Government would give the needed support to the project.

Buhari who was represented by his vice, Prof. Yemi Osinbajo, said the project would become one of the largest seaports in the region, and serve as a hub for port operations in the whole of West Africa.

According to him, the project, once completed, is designed to influence the generation of up to 170,000 direct and indirect jobs in the economy.

”It is a landmark project for several reasons — the promoters of this project are targeting, we are told, about 1.5 million TEUs (Twenty Equivalent Units) container capacity annually, which they expect to grow to about 2.7 million and 4.7 million TEUs when the project commences.

”With this feat, this seaport will become one of the largest in our region and serve as a hub for ports operations in the whole of West Africa.

”I’m also told that the promoters also plan to dredge the port channel to about 16metres draft, which is not currently obtainable in any seaport or any port for that matter in the country.

”This, in itself, is an indication that ships of larger sizes will now be able to visit the port, and greater efficiency and economies of scale will generate significant revenues for the Nigerian economy, with government earning a significant portion of it,” he said.

According to him, a second reason why it is a landmark event is with respect to the government’s Economic Recovery and Growth Plan and its emphasis on supporting game-changing infrastructure projects directed at making a major impact on trade and commerce.

”And like we have heard, their commitment to this project is total. I commend them for driving this project this far.

”The Nigerian Ports Authority and the Lagos State Government are the public sector partners. The business of government is, in our view, to contribute by way of equity when necessary to a project of this size, but more importantly, to create the enabling environment for the private sector.

”Let me say that we must move ahead to ensure the speedy completion of this project. There would be problems as I’m sure you must have experienced some. But be assured that the Federal Government and the Lagos State government will be with you every step of the way to ensure that we give all the support that is required, ” he said.

Also speaking, Gov. Akinwunmi Ambode of Lagos State, represented by his deputy, Dr Idiat Adebule said that the Lekki port was a golden egg waiting to positively impact the economy

Ambode said the project was a testimony of government’s commitment to growing the economy and aligning the country with the industrialised countries in the world.

”Data shows that the maritime industry has the potential of becoming a major revenue to the GDP of Nigeria.

”This port when delivered in 2020 will have modern features that will ease pressure on Apapa and Tincan port as it has the capacity to berth larger vessels. This port will impact greatly on the development of the Lekki Free Trade Zone.

”This journey started in 2007 and has been pursued with doggedness. The Lagos State government has an equity stake of 20 percent in the Lekki Deep Sea Port.

”This is a show of our faith in the viability and our trust in the capability of the Toloram group to deliver the project. This project will have a great impact on our local, national and international economies.

”It has been estimated that this project will facilitate an injection of 2.23billion U.S dollars for construction and fixed assets into the country. This projected to over a 45-year concession period have an aggregate impact of about 3.61 billion U.S dollars on the Nigerian economy, ” he said.

Pray For Leah On Good Friday, CAN Implores Christians