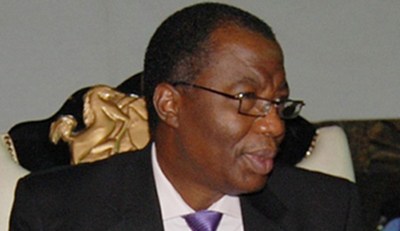 The rumour mill is agog with the gist that former Ogun State Governor, Otunba Gbenga Daniel has been under pressure to accept the offer to anchor the Atiku for President campaign which kicked off about 3 weeks ago in Port Harcourt.
We can authoritatively reveal that Alhaji Abubakar Atiku and OGD are close.

He was also at the declaration held in Port Harcourt as OGD also spoke there. Both are in PDP. We gathered that Atiku prefers for the Chairman of his campaign organisation to come from the South–West and he has great trust in OGD who has political machinery that is formidable.

We hear Atiku was impressed at how OGD ran his PDP national campaign across the 36 States of the federation a few months back. Recall that OGD was the first Chairmanship aspirant that ran the campaign for chairmanship like that of the presidency.

OGD, who we hear, had been working on his Senatorial ambition for 2019, after the botched attempt at chairmanship is looking at the offer seriously and he is weighing his options. Over the last few weeks he had begun serious consultations with the various stakeholders in the party to see if it will be politically correct to take up the offer which will once again test his political sagacity.

No among of Buhari, APC and APC/Buhari supposed thugs can stop a moving train.
2019 is the time for the real change in Nigeria…
#Atiku2019