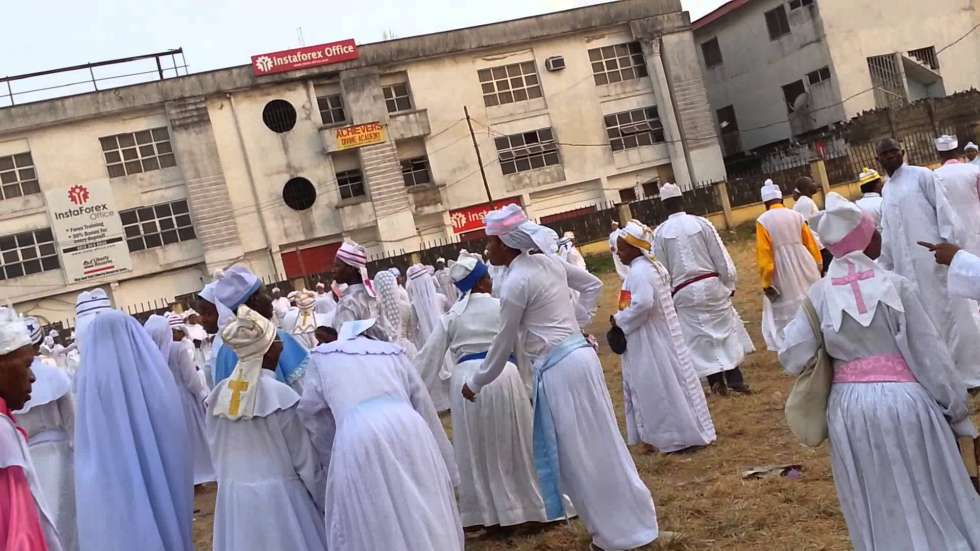 +The Service Of 9 Lessons

Every year, Olorunwo Cathederal Church of Cherubim and Seraphim at Gbagada area of Lagos holds its Christmas Carol & Service of 9 Lessons. Once its December, members of the church look forward to this programme. This years event is the 32nd Christmas Carol and it will hold on Sunday 17th December, 2017 at The Cathederal Auditorium.

Like the previous Carols, this year’s event will witness the attendance of very many prominent Nigerians like former President Olusegun Obasanjo. He will read one of the lessons. The Special Guest of Honour will be Ogun State Governor, Senator Ibikunle Amosun while the Royal Father of the day will be His Royal Majesty, Oba Adedotun Aremu Gbadebo, the Alake and Paramount Ruler of Egbaland. The preacher of the day will be His Grace Most Revd. Julius Olayinka Abbey, the Archbishop Ibadan Diocese.

His Eminence, the Most Rev’d Dr. Emmanuel Omolaja Aremu Olorunwo is not only a popular man of God he runs this big church called Olorunwo Cathedral Church of Cherubim & Seraphim which clocked 50 recently. He is the Primate of the Gbagada based church which has other branches. He is blessed with uncommon gifts:. He is a Seer who sees Vision and he predicts correctly. What  has endeared him to many people is because his predictions are always on point. And he also has strong Prophetic Powers.This respected Owu man from Abeokuta is the 1st Ba’Adua of Owu and 1st Ba’Adua of Egbaland. He is quite close to a lot of prominent Owu sons and daughters like Gen. Olusegun Obasanjo, Dr. Onaolapo Soleye, Gov. Ibikunle Amosun, Prince Bola Ajibola, Olowu Oba Adegboyega Sanya Dosumu, Chief Doja Adewolu.

His Eminence, Archbishop, Primate (Dr.) Emmanuel Akinlolu Omolaja Aremu Olorunwo whose divine call into God’s Ministry started as far back as 1946 at the age of 10 had a miraculous encounter with nature in the form of a snake wrapping itself round his right hand while trying to dig for cricket at night near his father’s house as it was usual for the children of those days. In this scary and frightening circumstance, Prophet Sunday Akintobi, Head of C & S, Agbala Imole, Ifo (Alias Bobanowo Olorun Ha), who was living close to Primate’s compound came out upon being called by the Paternal Grandmother to assist them.

The Prophet then prayed for him. After the prayer, the snake disentangled from his wrist and crawled away without inflicting any injury on him. The Prophet thereafter saw a vision and told the gathering that the young Omolaja would become a great Prophet of God in the C & S Church and he was beckoned to join the church immediately. The Prophet also gave prophecies that he was going to be his parent’s only male child.

The grandmother later corroborated this prediction that she was told something similar by a soothsayer when Primate’s father was a young man that he would have only one male child who should be properly cared for as the child would be a special Child of Destiny; who will do mighty works of healing and through whom God would perform lots of miracles.

To confirm this, a particular mark would be on a certain part of his body – However this has been kept secret since then. In submission to the prophecy, he joined the C & S Church in the same year 1946 under the renowned late Prophet Akintobi. He progressed as a very active member of the C & S Church. Eight years later, he was ordained an Aladura and subsequently elevated to the position of a Leader.

Between 1945 and 1958, His Eminence, Archbishop, Primate (Dr.) Emmanuel Akinlolu Omolaja Aremu Olorunwo attended African Primary School, Yobo and the Secondary School, Ifo, for his Primary and Secondary Education. He later moved to Lagos to continue his education.

Thereafter, he became a Full Time Prophet of God. Though, he had lots of tribulations as the first church he erected was pulled down after two years of existence. He was later to find the church on ground after he returned from a seven day prayer from Olorunkole Mountain in Ibadan. He was undaunted and later moved to another site at 146, Clifford Street, Alagomeji, Yaba in 1968.

After this feat, he was ordained in Apostle in 1970, he became a Senior Apostle in 1975, a Most Senior Apostle in 1976 and untimately a Special Apostle in 1979. The church eventually had to vacate the new site at Clifford Street for a swampy area at Abule-Ijesha, Basua Estate, off Fola – Agoro Road. During this time, the Church lost many members due to the incessant relocation of the church from one location to another. However, there are a few steadfast and loyal members who remained with the church through thick and thin till date.