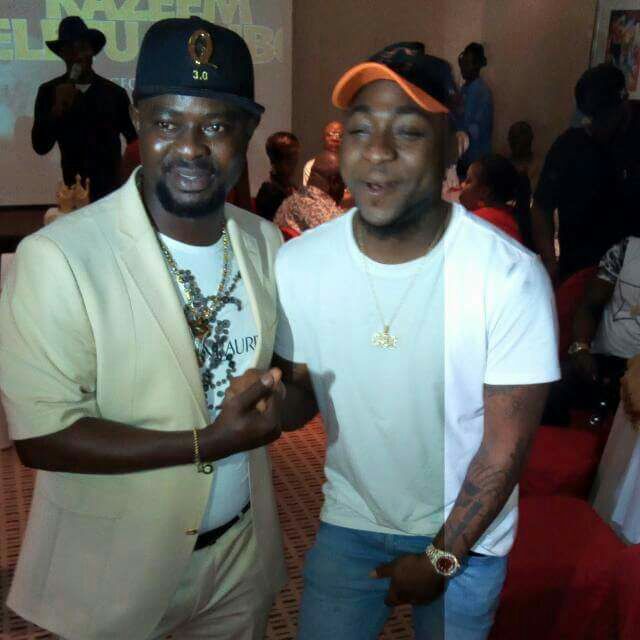 There are no words that can best describe the way Prince Kazeem Eletu Odibo felt on the 14th February 2017 when he turned 39. The day world celebrates lovers day, St Valentine.

Prince Kazeem is the last son of the late popular traditional Lagos Chief, Gbadamosi Bamidele Eletu Odibo, who was in his lifetime a big defendant of Lagosians, he was also a philanthropist.

On February 14, 1978, a new child was delivered to the family Eletu Odibo. A child who took after his father in so many way. Today, Prince Kazeem has not only become the cornerstone of Osapa, but the legacy and face of Eletu Odibo’s family in Nigeria as a whole. He has a heart of gold. He is a free giver and a role model to his generation.

A few months back, he opened up to City People about his humble background. Prince Kazeem always tells those who care to listen that, he once slept under the bridge and he had also been a bus conductor at various times. At a time he went to the UK to ‘hustle’ before God opened the door to success for him. 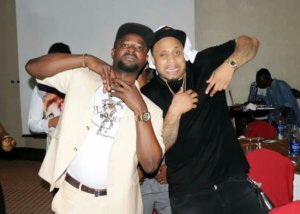 On the morning he clocked 39, Tuesday 14th, 2017, he had a special session of prayers at his White House at the Osapa-London, Lekki area of Lagos. He said he would like to use that prayer to remember his father for all what he’s done.

Though he said he didn’t intend to celebrate his 39th in an elaborate, we can confirm to you that, hundreds of people trooped to his house to celebrate with him.

At 7 pm,  all roads led to Intercontinental Hotel, Victoria Island where Prince Kazeem had a lovely dinner with friends and family. The dinner was initially tagged “Valentine Couples Hangout with Prince Kazeem Eletu Odibo”. One of the high profile celebrities who honoured Prince is David Adeleke, popularly called Davido. Prior to that day, Davido had visited Prince Kazeem in his White House Palace and he has also shot a musical video as well.

Who is Prince Kazeem Eletu and how did he become rich?

Prince Kazeem is the CEO of Kazeem Royal Properties Limited. He is also the youngest among his brothers and he controls a large expanse of land/estate in Osapa-London, Lekki, Lagos alongside his brothers. They moved into real estate big time after winning a long court battle with the Ojomu Chieftaincy family of Lagos.

The Gbadamosi Eletu Odibo claimed to have acquired 254.558 hectares of land within Osapa-London area of Lekki, Lagos from the Ojomu family in 1978 and entered into a Deed of Conveyance, dated August 23, 1977 ( registered as No.36 at page 36 in volume 1648 at the Registry of Lagos) with the Ojomu Chieftaincy family to document the purchase of the land and evidence the interest acquired by them.

The claim of Ojomu family covered the Eletu Odibo land, which had been acquired by Lagos State Government.

In 1993, the Gbadamosi Eletu Odibo family brought an action against the Lagos state government in suit No.M/779/93.

In 2013, the Gbadamosi Eletu Odibo family won at the Supreme Court after they had lost in High Court and Appeal Court respectively.

Today, they are one of the biggest landowners in Lagos. And in the middle of this case, Prince Kazeem lost about 4 of his brothers during the land case. And the land case lasted for 23 years!

A few months back, the sophisticated young Prince opened up to City People how he began his business. He said, “I came back from abroad in 2006. I started selling land to people, especially to my friends, who live abroad and to the Igbos I met abroad. I introduced them to buy land from me. They would send money from abroad and I would buy land for them and keep it till they come. So, in 2010, I started to build and sell”.

Why is he so humble and generous?

Prince Kazeem told City People that, he knows alot of people because of his humble nature. He also revealed that he knew while he was a child that he was going to be great and popular in future. And even up till now, Prince would tell you not to rush things, that if you can exercise patient you will enjoy him. He is always saying he has a long way to go, that he just started.

Many people don’t know that Prince Kazeem is a man of taste. He doesn’t compromise quality. If he wants do a project, he does it to the taste.

This man has done quite well in the life of people and he has also done a lot in his community. He singles handily tarred all the roads leading to his estates in Osapa-London, Lekki, Lagos. He also constructs the majority of the drainage around his estates, Adeshinaall with his personal money.

City People can also confirm to you that, Prince Kazeem would soon be honoured by Ooni of Ife and Alaafin of Oyo, ObaAdesinafor his impact in the society. This was made known by his friend, Chief Sunday Igboho when he spoke to City  People last month.

Prince Kazeem disclosed that, he doesn’t go out as people would expect him to. ” I don’t really go out . I like to stay indoor and  I mind my business. I never looked down on anyone because I was once ‘there’. He said further that, he never knew his father had land.  He reveals further about his life. “I lived in Ajegunle at a time. I was a bus conductor at a point in my life and I drove Danfo. I have done almost everything. I have even slept under the bridge but I thank God for what I am today”, Prince Kazeem Eletu Odibo concluded.

Revolutionplus Gives Out 15 Exotic Cars To...