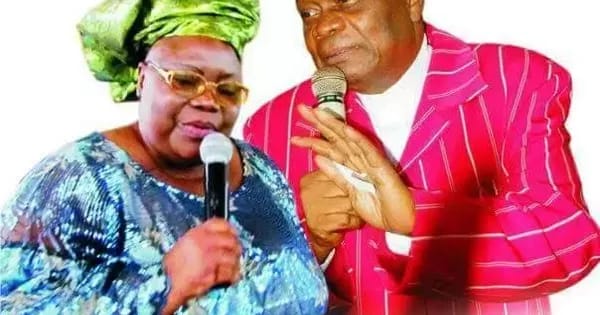 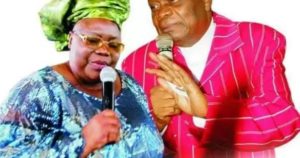 +The Story Of Their 3 Sets Of Twins

Two weekends back, Christianah Aduke Abiara back, Christianah, the late wife of Prophet Samuel Kayode Abiara, was buried in Ibadan,and it was a grand event as  Christ Apostolic Church Worldwide moved enmasse to the ancient city for Pastor Abiara who was the Chief Host and being one of the powerful and influential pastors who run CAC Worldwide.

Many important dignatries honoured him. Prophet Abiara ‘s name is one that is very popular within the CAC fold and also outside his church because of his dexterity and deep knowledge of the word of God.Little or nothing is known about his private life which includes his growing up years and immediate family.He was married to his lovely wife,Christianah for 51 years before she lost her to a brief illness. The union produced 8 children which include 3 sets of twins.Prophet

Prophet Abiara and his wife have a lot of things in common.His wife’s father is a prophet and coincidentally, Papa Abiara is one of his disciples which was where their path crossed.They both lived a good and exemplanary life and together they built one of the largest congregation of CAC both home and abroad. Prophet S. K. Abiara was born on August 8, 1942 at Erinmo-Ijesa, Osun State. He had his primary education at Saint Peter’s Anglican School, Erinmo-Ijesa. He attended CAC Theological Seminary, Ile-Ife, Osun State.

He furthered his theological training at Saint John University Mission, Luciana, USA in 1986 and International Bible Institute and Seminary, Florida, USA in 1987. Prophet Abiara was called into the ministry of evangelism in 1963. Prior to his call, He worked as a Casual Worker for various construction companies within Erinmo-Ijesa ,Office Clerk, J. A. Agoro General Merchant, Ibadan (who later became a great help to him in his ministerial calling).

As a Clergy, he founded CAC Agbala-Itura (Worldwide) in 1963 and has since founded its branches all over the world. His wife, late Prophetess Christiana’s Aduke Abiara was born about 70 years ago to the family of prophet James and Mrs Adenaike adasofunjo at iloro area of Ilesha,Osun state. Her father was a commodity trader who was later called by God,into the ministry. Adukes mother was also a trader popularly referred to as Mama Oniyo,the salt seller. Raised in a polygamous home, Aduke adasofunjo was the third child in a large family and the only surviving child of her mother who lost 17 children in infancy.

She spent her early childhood with her fathers relative in IIesha and Sekona area of Ede before attending Eunacious Catholic Primary School on Oke Odo area of Ibadan, Aduke was a very brilliant and respectful child. Unfortunately she could not further her education due to her parents separation coupled with financial constraint.she later trained as a seamstress at Oke Odo area of Ibadan. Christianah adasofunjo was a committed and dedicated Choir member,she ,other family members and young disciples assisted their father in ministry work.

Interestingly, Evangelist Kayode abiara was one of Baba Adasofunjos disciples. When evangelist Kayode was seeking and praying for who to marry,one of Papa Adasofunjo’s wives, Prophetess Julianna  Adasofunjo encouraged him to Marry Aduke because she displayed spiritual maturity, respect, love and endurance in all things. After consideration and confirmation from God, the young Evangelist Abiara and Aduke wedded in November 25 1965’,  year after prophet Abiara started his Ministry in Akufo,in Eleyele area of Ibadan.Prophet Kayode Abiara was an agricultural extension personnel at the Akufo farm settlement.

God blessed their union without any delay ,they had their first born,Mary Oluremi. Subsequently ,they were blessed with other children including 3 sets of twins. As the ministry was progressing at Akufo, so did Mama’s sewing business thrived while she included poultry products and groceries for extra income.The uniqueness of Gods grace upon papa started gaining popularity in the Agbeni area of Ibadan where he was a produce seller before God called him into the ministry.

The couple established Christ Apostolic Church, Oke Imole, Agbeni Ibadan in 1967. The family moved to Agokojo area of Ibadan which was closer to the new church. Eventually they had to move again to makeshift building on the church premises at Agbeni. In 1977,Christ Apostolic Church ,Agbala Itura, old Ife road was founded. Iniltially papa shuttled between Oke Imole, Akufo and the new church.The family later relocated to old ife road. The establishment of Agbala Itura was a major turning point in the ministry which God committed to papa and mama.The church kept marching on as the scripture says,papa started establishing branches abroad.

The first was Athens, followed by London and then New York.They both started travelling on missionary visits to these churches. Also in 1995, they both spent much of their time in New York and moved the younger members of their family with them.mama lived in New York for another 10 years nurturing her children as they pursued their education and careers.Papa continued his itinerant ministry throughout this period at home and returned abroad.

By the time the children were matured enough,mama came back to Nigeria to support her husband’s ministerial assignment.mama was the coordinator of the Women Ministry and leader of pastors wives at all branches of CAC Agbala Itura.however as soon as papa was appointed into the office of the General Evangelist of CAC in February 2007, She automatically became one of the leaders of Good women in CAC and an executive of the ordained ministers wife fellowship in the same mission. She participated actively in these ministry until her health limited her participation.They have 8 children which includes 3 sets of twins namely Remi, Isaac, Israel,Taiwo, Abraham, Elijah, Moses and Leah.

What Prophet ABIARA Will Miss About His Late Wife was last modified: December 16th, 2016 by Reporter