Home Education How to raise an entrepreneurial child
Education 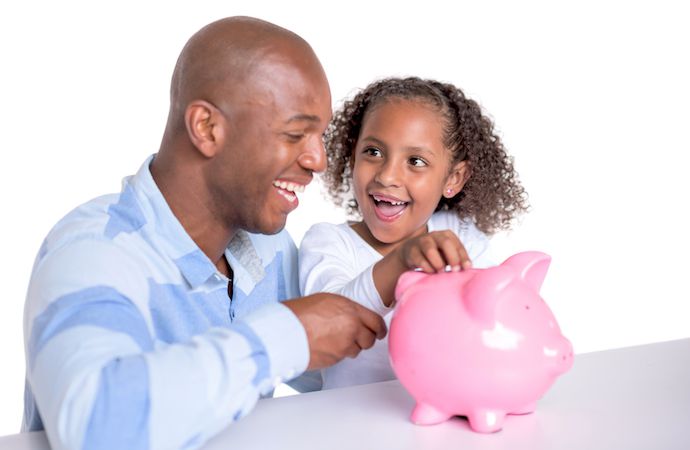 In this day and age, teaching your child to become an entrepreneur would not be a bad idea

With job security and stable employment in life’s dustbin, today’s kids are facing an unsure future. All that’s certain is that they’ll face intense competition in the job market, with people urgently seeking a sustainable work-life balance, a measure of financial stability, more flexibility in their jobs and some independence.

In his TED talk, Let’s Raise Kids to be Entrepreneurs, American business coach Cameron Herold said parents have an obligation to get involved.

“We need to start teaching our kids to fish instead of giving them the fish,” he declared. “If we can teach our kids to be entrepreneurial, as we teach those with scientific gifts to study science, those youngsters could start businesses instead of waiting for government handouts.”

Expected to help earn an income, Zaba and her siblings sold the popcorn by going from house to house and helped pack it. “We learnt about profit and buying more stock – and, above all, we learnt about financial independence, perseverance and being streetwise. We were taught not to automatically think of becoming employees. Instead, we learnt that when you hit a wall, there’s usually a door through it.

“I realised that I didn’t want anyone else putting a price on my skills – I wanted to build something for myself.”

Siphiwe Sithole, CEO of African Marmalade, which deals in food from small-scale farmers, says her entrepreneurship also started early. “My mom sold food to schoolchildren. We also sold chickens, tripe, curtains… anything, depending on where my mom’s hustling instinct led her. I finished school and university thanks to her selling. I learnt the art of marketing and entrepreneurship from her, even though she’d never gone to school.”

Today, Sithole’s daughter Bonolo Mataboge (22) follows in her mother’s and grandmother’s footsteps as the founder and Head Designer of her fashion label, Afriblossom.

She says her mother taught to go the extra mile to make a sale.

“While Bonolo was growing up, I took her with me to work whenever possible,” says Sithole. “She’d have conversations with grown-ups, absorbing wisdom from my colleagues. The biggest tip she learnt was how to negotiate and get the desired outcome.

“I supported her creativity and childhood business interests. To this day, I still have remnants of some of the items she sold, like pimped sneakers and Valentine’s sweets.”

Sithole advises other parents to encourage their children to dream and to help them realise those dreams by harnessing their potential and exposing them to the basics of trading and budgeting from an early age.

“Give your children access to people with skills. Don’t try to be everything for them yourself – rope in other people from different walks of life and leverage their knowledge for your kids’ benefit.”

Mags Ponnan, Head of FNB’s Business Incubator and Customer Value Propositions, suggests parents help kids learn resilience by teaching them to evaluate failure and grow from that experience. “Encourage creativity and letting go – teach them that there’s only so much anyone can control,” she says.

“Eighty percent of start-ups fail within the first two years of operation. Children need to know that there are lessons to be learnt from mistakes and to look at problems dispassionately.”

Life coach Tony Robbins offers similar advice. “Don’t tell them how beautiful or smart they are. Instead, offer praise and encouragement that focuses on the effort they expend to overcome problems. Commend their persistence and determination. Say: ‘Darling, you did great in that exam because you never gave up’, or: ‘Look at what you did – you pushed yourself until you broke through!’ In this way, they’ll learn to value hard work and effort.”

Helping children develop an entrepreneurial mindset which appraises challenges and works out how to overcome them while benefiting other people at the same time, is a gift that will help them throughout their lives. It’s an approach to life that takes into account the needs and means of other people, as well as the reward of hard work, honesty and fairness in one’s dealings.

“Kids have visions, but somehow these get crushed as they’re told to focus only on studying harder or being more focused,” says Herold. “If we could help them embrace the concept of being entrepreneurial, we could change many problems in the world today.”

This article appeared in the October issue of DESTINY.

How to raise an entrepreneurial child was last modified: October 27th, 2017 by Arinze Ago