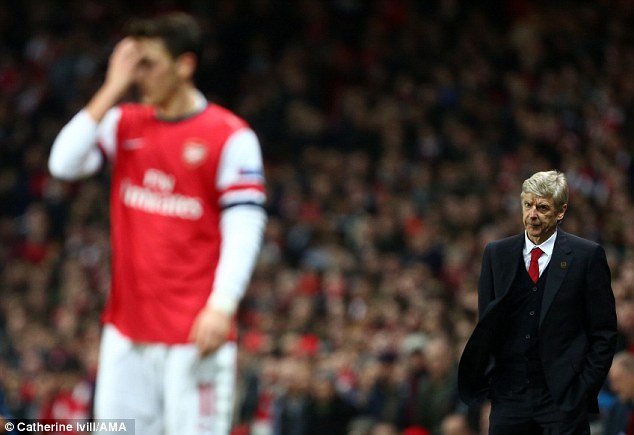 Ozil, who cost a club-record £42m fee from Real Madrid in 2013, has struggled to make an impact in recent games.

The Germany star, 28, has not scored for the Gunners since 10 December.

“I don’t know why he is underperforming – it can happen,” said Wenger, whose team visit Bayern Munich in the Champions League last 16 on Wednesday.

Ozil has scored five league goals this campaign, one short of his previous best tally, which he recorded last season.

However, he has not found the net in his eight top-flight matches since a 3-1 home win against Stoke in December, which moved Arsenal to the top of the Premier League.

The Gunners have lost four of those matches to drop to third position and 10 points adrift of leaders Chelsea.

“It’s time for him to score again,” added Wenger, who saw Alexis Sanchez score both goals in Saturday’s 2-0 win against Hull City.

“Maybe he will find confidence back as well, because he misses chances. He has chances and he misses the chances that don’t look not feasible for him.

“I felt he did not feel confident against Hull. It’s always a problem because you think he can deliver something special but it’s true that technically he missed things that he is not used to.”