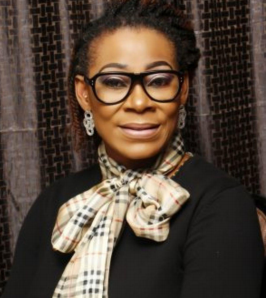 The circulation of a video clip on several social media platforms (Facebook, Twitter, YouTube & Instagram) has come to my attention. On the 3rd of June, 2021 a video was posted on a blogging site on Instagram called “Instablog9ja”, this video carried the caption; “Alleged Stolen Funds: UK Police called as Nigerian church members clash”. In this video, a fellow church member who is known as MC Fashina and I are being escorted out of The Celestial Church of Christ, Harton street, Archdiocese by the Metropolitan Police, this is accompanied by screams of the word “Ole” which is the Yoruba term for thief. This video first came to my attention on Sunday, 30th of May, 2021.

This video has since been viewed on social media sites & microblogging sites by over 2 million people. This malicious video which was recorded and illegally distributed on various social media sites without my consent are defamatory in nature and have been framed to paint an untrue story by muddling with the actual facts.

I am going on record to deny all allegations and suggestions that I had at any point during my service as a member of The Celestial Church of Christ, Harton street, Archdiocese and as a member of the Church Trustees which I serve as the Financial Secretary, stole or embezzled any funds from the church. The video posted alleging I was being arrested or invited by the

Metropolitan Police for questioning with regards to stealing church funds is false & a malicious lie from the pit of hell.

The following members of The Celestial Church of Christ, Harton street, Archdiocese; Prophet

Kayode Shaba, Annette Oladunni Adeyemi, Sister Banke, Bunmi Adepegba, MCP Funmi Afolabi and others are responsible for this harassment & defamation. The genesis of this issue began when Church Elders illegally removed members of the Church Trustees with the support of the trustees Chairman, Mr. Gbolabo Kayode Shaba on Sunday 9th August 2020 without any solid grounds for removal. Fast forward to a few months later, I received a call from the Charity

Commision regarding the church’s annual account being overdue for filing. Upon my investigation on this matter, I discovered that Evangelist Olusegun Oyedokun and 2 other people who are not a part of the Church Trustees made changes to the church account without informing the Trustees or the Charity Commision. As a Trustee and the Financial Secretary, I discovered financial misappropriation followed by lack of trust and accountability being perpetuated.

I wrote a letter to Evangelist Olusegun Oyedokun for clarification and more information with regards to this development. Rather than offering a response to clarify the situation, I was threatened, harassed, assaulted and verbally abused by Evangelist Olusegun Oyedokun, his wife and their faction (mentioned above) led by Prophet Daniel Dickson, whose appointment as the church shepherd expired since January 8th, 2021. They held me hostage in a room at the church premises for over 2 hours. It took the intervention of the Metropolitan Police to rescue me, hence the video which is currently circulating on social media.

I will be very reluctant to call Evangelist Olusegun Oyedokun a thief, but investigations are currently ongoing on the church account, which he now manages without any audit or supervision. I am requesting that an independent investigation should also be carried out to ensure that everything is brought to light.

I never walked away from my role as Church Trustee at the church & I’ll continue to serve in this capacity until my tenure ends. I am a community leader in Lewisham Borough where The

Celestial Church of Christ, Harton street, Archdiocese is located. I am also an envoy for youths and a counselor by profession, I do philanthropy work, helping and supporting disadvantaged people across the world via The Good Samaritan Foundation.

WHY I DON’T LIKE TO TIE GELE TO PARTIES