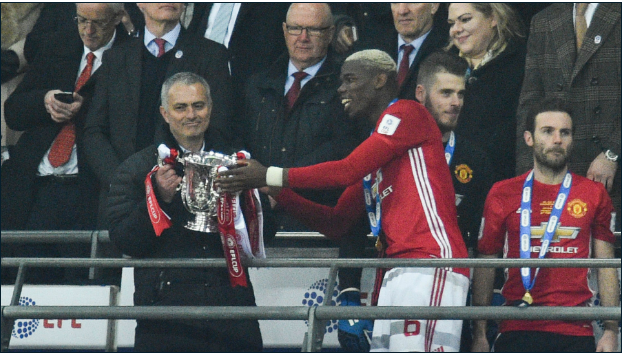 United beat Southampton 3 – 2 to land their 42nd major trophy in English football history, making them the most successful club in England

The Red Devils victory in Sunday’s EFL Cup final meant that they have now overtaken Liverpool in the standings for silverware.

Zlatan Ibrahimovic struck twice at Wembley, either side of a Jesse Lingard goal, delivering the Old Trafford club’s fifth League Cup trophy as a result.

Liverpool have so far reached two cup finals under the guidance of manager Jurgen Klopp, the 2016 League Cup against Manchester City and the 2016 Europa League final against Sevilla, eventually losing both.

United still have chances to add two more trophies before the end of the season as they are poised to face Chelsea in a must win FA cup encounter.

Mourinho’s men recently qualified for the round of 16 in the Europa league after beating french side, St Etienne 4-0  on aggregate.