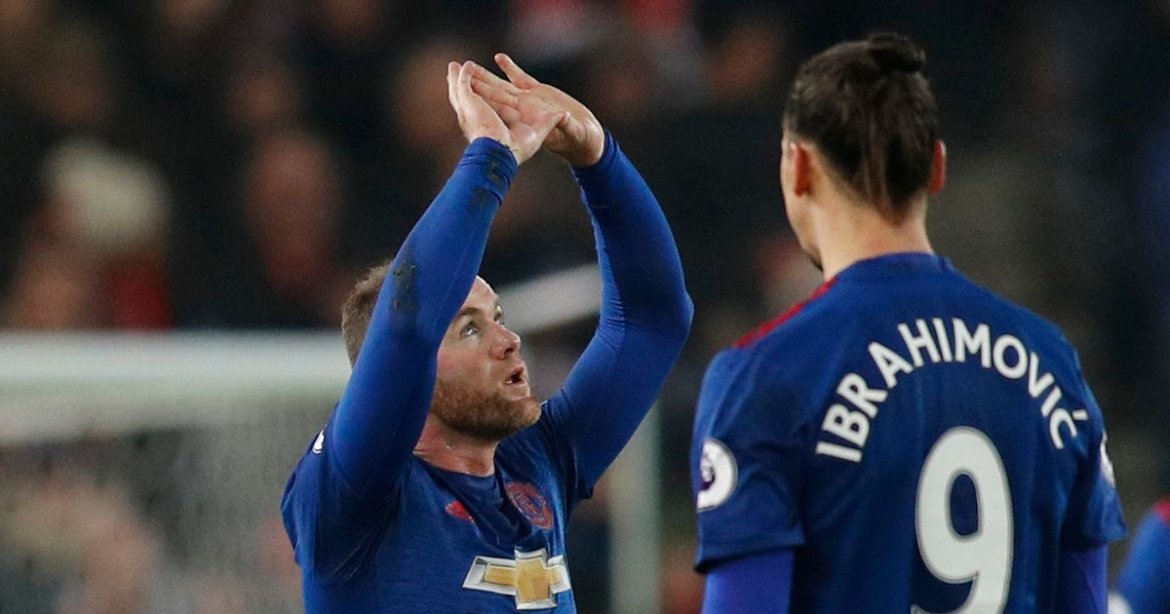 Rooney who came on from the bench curled in from the left-hand corner of the penalty box for his 250th United goal, one more than Sir Bobby Charlton.

Stoke looked set for a third straight Premier League win, clinging to a lead given to them when Juan Mata poked Erik Pieters’ cross into his own net.

United however wasted chances, hit the woodwork and were denied by Potters keeper Lee Grant.

But their 25th and final effort at goal preserved a 17-game unbeaten run, albeit if the dropped points mean they lose ground in the race for the top four.

They are three points behind fourth-placed Arsenal and 11 off leaders Chelsea, who both play on Sunday

Rooney delighted at the strike and record said:

“It means a hell of a lot. It is a great honour and I am very proud. It is difficult at the minute to be over-pleased because of the result, but in the grand scheme it is huge honour.

“It is not something I expected when I joined. I am proud and I hope there is more to come.

“The players who have played for this club have been world class.”

Messi Has No Equal In Football World – Sampaoli