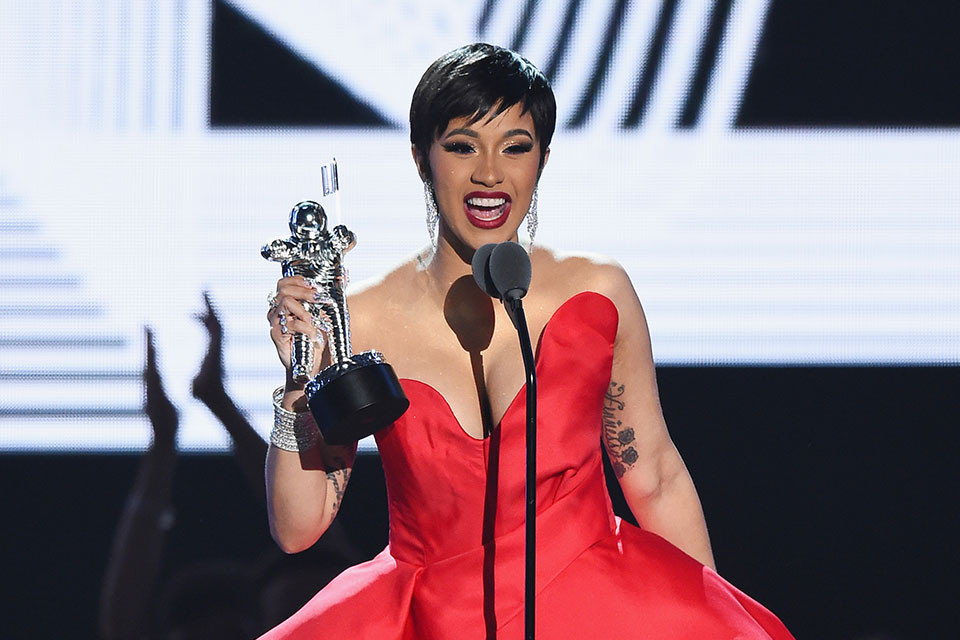 American singer and songwriter, Cardi B, says she was once sexually harassed by a photographer during a magazine photoshoot.

The 26-year-old hip-hop vocalist said this during a recent interview with Angie Martinez, a TV and radio host, on WE TV’s ‘Untold Stories of Hip Hop’.

“I went to shoot for this magazine and the photographer, he was trying to get close to me like, ‘Yeah, you want to get in this magazine?’ Then he pulled his dick out. I was so mad. You know what’s crazy? I told the magazine owner and he just looked at me like, ‘So? And?’” she said.

“When I see the #MeToo movement, there’s girls from the hood I know that went through the same type of treatment. They make you feel like you got to do a certain type of thing. It happens every day.”

Although the ‘Bodak Yellow’ rapper neither named the magazine or photographer who harassed her during the photo shoot, she was using the incident as a reference while speaking on women as victims of sexual harassment.

When asked by Martinez whether that still happens to her, Cardi responded, “Oh, hell no. I’ll put you on blast on my Instagram … I’ll f***ing violate.”

‘Untold Stories of Hip Hop’ is expected to premiere on Thursday night on We TV. Tonight’s episode will also feature an interview with Snoop Dogg.

Ever since her big break in 2017, Cardi has earned five Grammy nominations and a US no. 1 with her debut album ‘Invasion of Privacy‘.

The American songstress recently made her big-screen debut alongside Jennifer Lopez and Constance Wu in ‘Hustlers’, a film about the fraudulent escapades of club strippers.

The movie was, however, banned in Malaysia because of its “excessive obscene content”.

After pleading not guilty to allegations of physical assault following a fight with bartenders at a New York strip club in 2018, Cardi released a single ‘Press’ which saw her relive events and portrayed her going to jail.

JUST IN: Farmer Who Raped, Impregnated Daughter In Lagos Jailed For 10 Years

I Am Strongly Behind Ole Gunnar Solskjaer – David Da Gea