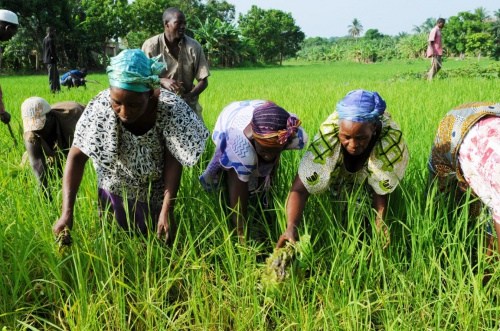 The National Agricultural Extension and Research Liaison Services and the Nigeria Institute for Oil Palm Research failed to provide evidence of how they spent about N350 million, an audit report has said.

They have also not been able to meet their financial targets over the years, the report revealed.

The disputed funds, from both contracts awarded and staff welfare at the agriculture liaison service was valued at N93.9 million while that of oil palm institute sums to about N256 million.

In the report for the year ended December 2017, the Auditor-General of the Federation (AuGF), Anthony Ayine, said the observation was made during the review of the accounts of the agricultural organisations.

He said the inability to provide evidence of payment is a “loss of public funds.”

The 2017 report, released recently, is the latest by the auditory general’s office.

According to the report, ₦33.4 million was reportedly paid to a contractor in two instalments on March 27 and 28, 2017 from capital vote for National Extension Awareness Training and Agricultural Extension Community Research, without evidence of work done.

Also, the agricultural extension firm was found guilty of granting cash advances above the approved threshold.

It said cash advances totalling N60.4 million were granted to staff to procure supplies whose values were above N200,000 threshold.

“All accounting officers controlling expenditure are to ensure that all local procurement of stores and services costing above N200,000.00 shall be made only through award of contracts and local purchase order,” the report noted.

Similarly, it said 423 payments totalling N210.9 million were made without payment vouchers and internal audit checks at the oil palm research firm.

The report said there was no evidence that the contracts were executed.

These actions, the audit report stated, violate the Financial Regulation 708 which states that “on no account should payment be made for services not yet performed or for goods not yet supplied.”

Also, this is contrary to Financial Regulation 2302 (i) which states that “on no account shall special imprest or cash advance be used in place of Local Purchase Order (LPO) or job order for the procurement of stores locally,” the report added.