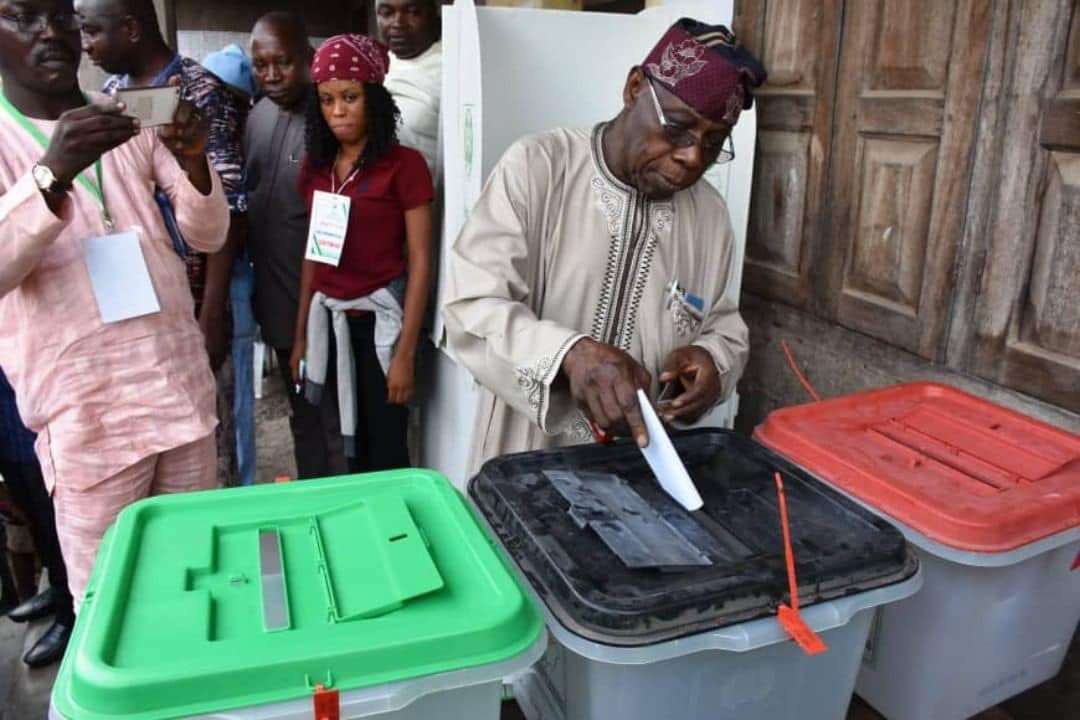 A former President Olusegun Obasanjo on Tuesday said he cannot comment on the recently held presidential election in the country because the matter is before the tribunal.

Obasanjo, who spoke in Abuja at the launch of a book titled “Election in Nigeria: The Long Road to Democracy” by Professor Abdullahi Shehu, said he was of the opinion that commenting on the election at this stage could be tagged sub-judice.

He, however, noted that without integrity, any election is a farce, adding that any election that is a farce cannot underpin democracy or good governance.

He added that the main thrust of the book was a comparative analysis of the APC’s Next Level and the PDP’s Let’s Get Nigeria Working Again, adding that the author did justice to what he set out to achieve.

On his part, former Head of State, Yakubu Gowon, lauded Nigerian’s turnout for the election, adding that despite the unfortunate delay in the start of the election, he observed around Abuja that Nigerians were determined to come out to vote and it went excellently well and peaceful in the area he observed in Nigeria.

“I said if everything went well as in the areas that I observed in Abuja, if this is replicated throughout the country, I can say that democracy is now coming to stay. But of course, we know that in some areas, there have been some unfortunate incidences mainly because of the activities of the interested politicians,” he said, adding that the approach of politicians to get results by all mean; foul or fair, will continue to destroy the processes.

He appealed to politicians to accept the processes that are done peacefully without having to go to court which he said would only prolong the anxiety of the people.

The book reviewer, Professor Jibrin Ibrahim said the book accessed two major issues with the first being an assessment of the administration of President Muhammadu Buhari from 2015 and the second part focusing on the 2019 election, explaining the stakes in the election.