Home News Revealed! Why The Yoruba People Are Not United!
News

Revealed! Why The Yoruba People Are Not United! 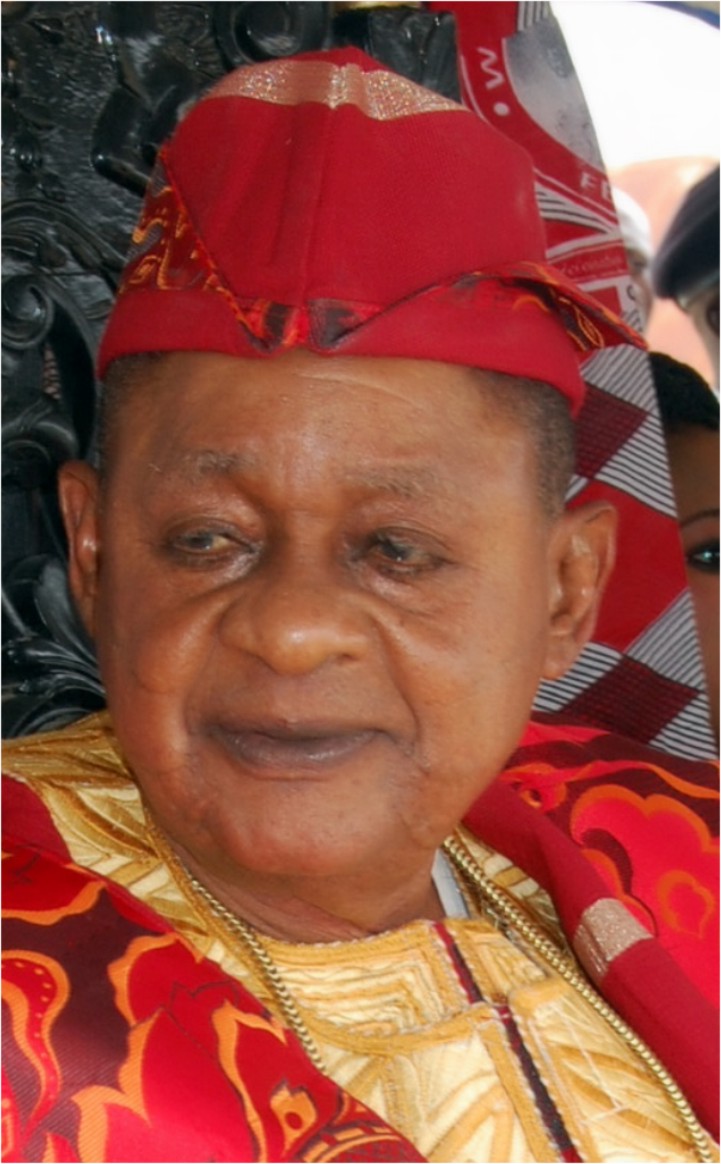 •The Role Of Alaafin AOLE In Oyo Empire

Many people often wonder why the Yoruba people don’t usually speak with one voice. Many also don’t know why Yoruba leaders and elites are often at each others throat in the race for power and relevance. Historically, there are many examples of how each time a Yoruba personality strives for power and leadership, he is usually pulled down by fellow Yoruba.

Examples date back to the feud between Awo and Akintola. Then, M.K.O. Abiola’s bid for the Presidency and as Asiwaju Bola Tinubu prepares to run for 2023 Presidency, his stiffest opposition is expected to come from the South-West. Why are the Yorubas always battling themselves? Why don’t they love themselves?

And so the biggest question many Yorubas often ask is why are Yoruba leaders not united? There are many reasons. Some trace it back to the curse of Alaafin Aole in the old Oyo Empire.

According to late historian, Rev. Samuel Johnson who wrote the book The History of The Yorubas, in the old Oyo of Empire, the Yorubas  betrayed their King, Alaafin Aole and ended up killing him. Rev. Johnson narrated the story of how Aare Ona-Kakanfo Afonja worked against him.

Before he was killed, Alaafin Aole allegedly placed a curse on his people by firing mystical arrows in 3 different directions and declared that just as those arrows went in various directions, the Yoruba would never be united.

The Alaafin of Oyo Ile (Katunga), Oba Aole was said to have spat the curse out of infuriation, and frustration because  of the impunity of the Commander-In-Chief of Yoruba Army, Aare-Ona-Kakanfo, Afonja, who called on the oba to commit suicide. It was a bravado played beyond line of decency and decorum. Besides, it also lacked  all the  fineses of Yoruba culture. Afonja dared the Alaafin, believing that Aole was a coward, spineless Oba, who could not look death in the face, Afonja was wrong.

He was shocked to his marrow when Alaafin proved that he was not a bastard and commited suicide. By the act, Alaafin  demonstrated that he was a true born of his father. Afonja never knew that the oba would prove his bravery to uphold his respect for Yoruba convention. Alaafin, In no unmistaken language, insisted that convention is the prop on which culture of a people stands and must be respected and upheld. There must be no compromise in upholding the convention.

In Afonja’s scheming to deroyalise Alaafin, he might have forgotten the  pynagerics  that song-praised Alaafin  as  a son of death that is fearless in the face of the phenomena  that snuffs life out of people. Alaafin is a son of discease, who defies sickness. A man who sleeps in his inner chamber and still shivers reflecting  on his might and eminence.

Alaafin had ordered the Aare-Ona-Kakanfo to go and capture Tapa’s land. Once Alaafin gave the order,  it must be carried out to the letter without looking back. Afonja went to the  war against Tapa army. He was determined to win at all cost. Before the the attack, Afonja had up his soldiers, assuring them that favour of Olodumare was with them. He beat his chest that he was sure that the Yoruba army would overrun their enemy.

He didn’t  only show confidence that his soldiers  would win the war, he went extra mile to assert it.  Afonja not only deployed his military strategies to ensure victory, he eqally introduced strange tactics, which he believed would overwhelm and incacerate the enemy, there by giving victory to him and his soldiers. He was, however, wrong. Afonja was beaten and defeated by the Tapa army. Many of his soldiers were kiled, while several others were captured and taken prisoners of war. Afonja and perhaps a few of his subordinates narrowly escaped  into freedom.

That, of course, was the beginning of Afonja’s problem. He lost the war, but unfortunately for him, he was on the horn of a dillema. There was a convention that every Aare-Ona-Kakanfo must uphold. That convention was what drove Aare to bring out the best in themat every war and drove them to  the end of his tether, to do everything possibe to win any war that he was waging or waged against  the Yoruba. Aare had no option of failre. If he lost a war, he would be between scylla and charybdis. He had to go on exil or commit suicide. It was a taboo for an Aare to lose a war and still enjoy freedom in the empire.

Afonja was not ready for either. That was why he sent an empty  covered calabash to Alaafin.It was a coded message, meaning that Alaafin should commited suicide. Such a message from Aare to Alaafin was strange. It could be the first in the history of Yorubaland.In the language of modern day politics, it is a coup.  In the past, calling for the death of a monach was the worst type of disloyalty that could be committed because it  was blood letting, which was not acceptable in Oyo empire.

When Alaafin Aole opened the calabash, he expected to see  Afonja’s head in it because he had got winds of the Yoruba army’s performance in the war. An earlier report of the defeat of Yoruba army in the Tapa war had got to him. He was, therefore, surprised  that Afonja could had the effrontery to call for the Oba’s life.

When Aole saw that the calabash was empty, he paused, looked up at the sky, stering at the sky for a long time. The palace court was in full session. Most of the chiefs were present, hunters were there too. They watched as the oba’s  theatrics held them spell-bound. Alaafin, after what could be regarded a long time stering at the sky, stood and walked into his palace. He came back in a jiffy and sat on his throne. He, however, carried   a gun. He beckoned one of the hunters to come closer to him. He handed over the gun to the hunter and ordered him  to shoot anything he saw in his front.

At that point, Aole stood up and stated raining curses on Yoruba. He said they would never know unity on common goal and aspiration. They would never be united for any purpose . That disunity would dog the ethnic group for life. To Afonja, Aole sent an imprication . To the Aare, Aole said that for his betrayal, Afonja and his children and unborn  generations  would ever be second class citizens in Ilorin.

READ ALSO: WHY I HAVE REFUSED TO RECONCILE WITH PRINCESS 8 YRS AFTER – EX-HUSBAND, ADESHOLA JEREMIAH LATEST INTERVIEW

Revealed! Why The Yoruba People Are Not United! was last modified: May 17th, 2021 by City People

Why I Have Refused To Reconcile With Princess 8 Yrs After – Ex-Husband, ADESHOLA JEREMIAH Latest Interview

How Chief OLATISE Was Buried In His Hometown