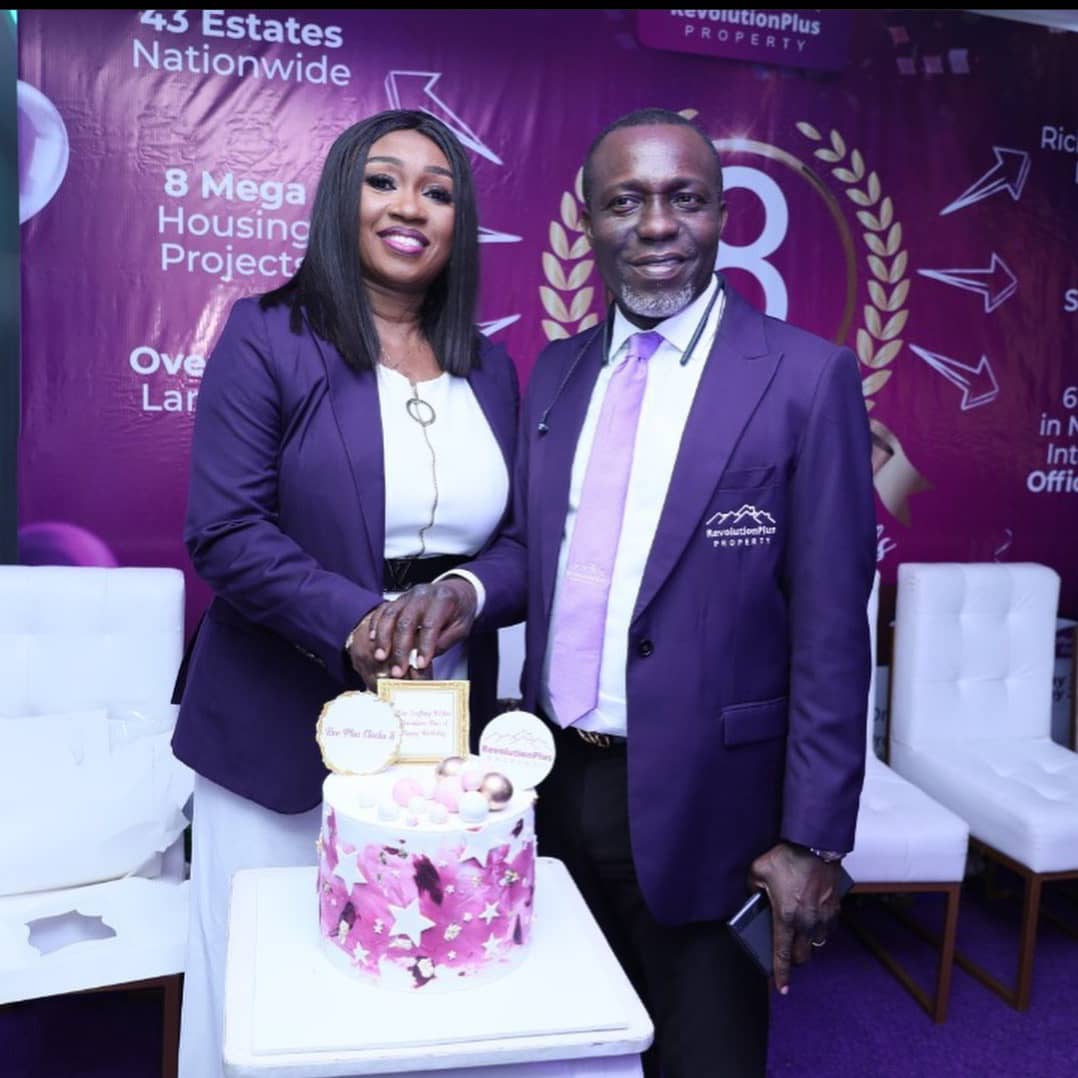 Popular real estate firm, RevolutionPlus Property Development Company celebrates its 8th anniversary today in Lagos. The event took place at their Fola Osibo street, Lekki, Lagos office and was well attended by those who matter most. The four brand ambassadors were present. One of the early comers to the event is popular nollywood actor, Odunlade Adekola who happened to be one of the ambassadors of the company. Broda Shaggi was also in attendance. He came with his large entourage. Toyin Abraham was in attendance as well and Testimony Jaga attended the 8th year anniversary of the company.

The 8th anniversary was like a media parley because the company had last year had an elaborate 7th year anniversary, so the next big anniversary would be 10.

Also present are some key clients who have been with the company for years and other key stakeholders who are like family to the brand came en masse to celebrate the special day.

The event started with opening remarks from the company’s Group Executive Director, Mrs Tolulope Onalaja who thanked all those who have been behind the brand through thick and thin. She also reeled out what the company was able to do in the last few years in real estate. She said the company has been able to make 9,500 people landlords. While the company has 43 housing estates across Nigeria.

Also spoke is Dr Bamidele Onalaja, the Group Managing Director of the company. He thanked all those who came to witness the event. He also reeled out what his company has been able to do in the last few years. He said they have been to provide affordable luxury homes to many Nigerians. According to him, the company has 8 developed housing projects which are majorly in the developed part of Lagos like Lekki, Sangotedo, Ajah etc.

During the question and answer section, they were asked many questions.

A few weeks back Revolutionplus started 48 hours land allocation which is now the talk of the town. Once you make a full payment, you will be allocated within 48 hours.

This became necessary when there was a misunderstanding between some clients a few months back on the issue of allocation.

Discover the Success behind Mama Dora Food and Spices

Why It Is Difficult For Gov. MAKINDE...