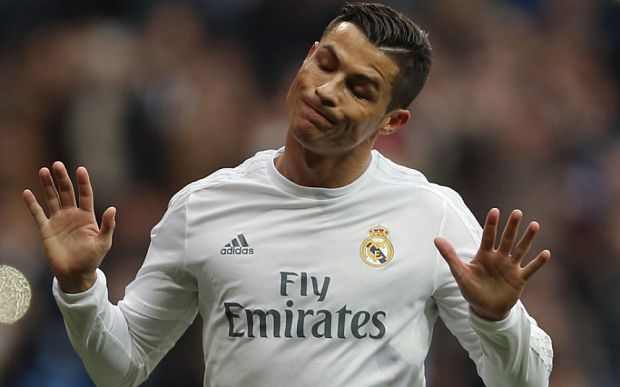 Ronaldo and Messi both have massive contracts with two of the world’s biggest sportswear brands, Nike and Adidas respectively.

Ronaldo’s endorsement deal with titan Nike was signed towards the end of 2015 and, according to Forbes, the contract is worth about $1 billion, similar to that of basketball star LeBron James.

Messi, on the other hand, recently signed a renewed “long-term” contract with German sportswear brand Adidas, a deal estimated to be worth about $12 million annually.

The two have been rivals for years, but when it comes to social media revenue generated for the brands they endorse, Ronaldo is way ahead of Messi.

Data from Hookit, a platform that analyses the social media value for brands, revealed that in 2016 alone, the Portuguese player generated a jaw-dropping $500 million for Nike.

What Messi made for Adidas in the same period pales in comparison, accumulating “only” $53,5 million last year.

Ronaldo, who was also the highest-paid athlete of 2016, has a combined total of 270,5 million followers on Instagram, Twitter and Facebook. About 347 of his posts have featured a Nike logo or mention, which received 477 million interactions. In fact, one particular Instagram post received 1,7 million likes and 13 000 comments – Forbes estimates this post made $5,8 million for Nike.

Messi, who has 157,8 million combined followers, has made 213 posts that featured an Adidas logo or mention, for which he received 65 million interactions – 412 million less than Ronaldo.

It’s understandable to degree why the Argentine would be so far behind Ronaldo in this regard. Ronaldo, who holds the record for the most liked person on Facebook (even more than Mark Zuckerberg himself – 32,1 million more to be exact), not only has much more followers than Messi but has also posted a lot more Nike content than the Barcelona player.

This means that whenever Ronaldo posts pictures of himself in his Real Madrid uniform, he’s generating value for Adidas, Nike’s biggest competitor, and vice versa for Messi. Hookit reveals that Messi generated about $830 000 for Nike while Ronaldo generated $50 million in value for Adidas, which is almost as much as Messi did for Adidas.