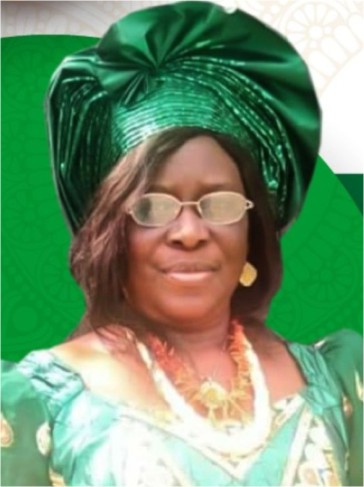 Port Harcourt fashion designer, Rosemary Emeka-Iwezor, who is the CEO of Rosbinna Fashion designing outfit, based in Port Harcourt on Saturday, 27th of November, 2021 played host to who’s who in Rivers state’ and beyond as her 64-years old beloved mother late Mrs. Ibigboriapakake Mercy Amamie, was buried in Okochiri ancient Kingdom of Wakrikese Okrika, Rivers State.

The service of Songs kicked off on Tuesday, 23rd of November, 2021 with various groups of associations including the Christian Community of St. Augustine’s Anglican Church Ibaka Town in Okrika Local Government took out time to honour one of their own with special tributes and Goodwill messages rendered in her honour for a life well-lived, as a virtuous woman that she was while alive.

On Saturday, her remains was moved out from the LAST HOME mortuary to her home town in Okrika LGA. This took place with the traditional rite of stopping over at her father’s house in Ibaka town in Okrika LGA. In fulfilment of the Wakrikese customary burial rites, her remains was taken to her mother’s residence in Adedemebiri Koniju Town. By 11 am her body in a motorcade was moved to her residence in Egelebie George-Ama Mainland for a brief stopover and Lying-In state which allowed various groups that she belonged for a final performance of traditional rites. From her residence, the hearse was ceremoniously taken to Saint Augustine’s (Anglican) Church of Nigeria Ibaka town of Okrika Diocese where a special commendation service was performed for her. This drew a lot of guests who came to be with one of their own as she was well known for her good conducts and well-nourished good relationship that she maintained with people who came across her path while she was alive. Here again, several people came forward to read out their goodwill messages and well-wishers who came from far and near around the community and some outside Rivers state were all directed to move over to Comprehensive School Field Ibaka town, Okrika for reception and sumptuous entertainment with several live bands took turns to entertain the guests. As her remains was taken to Okochiri traditional ancient kingdom for burial proper where High Chief Ateke Michael Tom holds sway as the Second-Class traditional ruler of his people.

The ceremony coincided with the opening of the newly constructed Palace of High Chief Ateke Tom which attracted the presence of Rivers State Governor Ezenwo Wike.