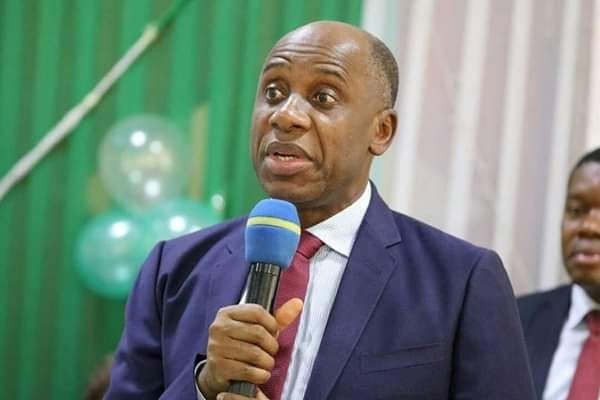 Minister of Transport and Director General of the Buhari Campaign Organization, Rotimi Amaechi, has reacted to the viral audio records purportedly of him speaking ill about Presdient Buhari and this administration.

Reacting, Ameachi in a statement released by his media aide, Israel Ibeleme, says the audio recordings were doctored.

BOMBSHELL: LISTEN and SHARE as the DG of the @MBuhari campaign @ChibuikeAmaechi, destroys Buhari. “The President does not listen to anybody. Does he even read”-Rotimi Amaechi. LISTEN and RETWEET #RenosDarts

2,720 people are talking about this

Why I Had To Marry My Husband Twice – Prophetess Olubori