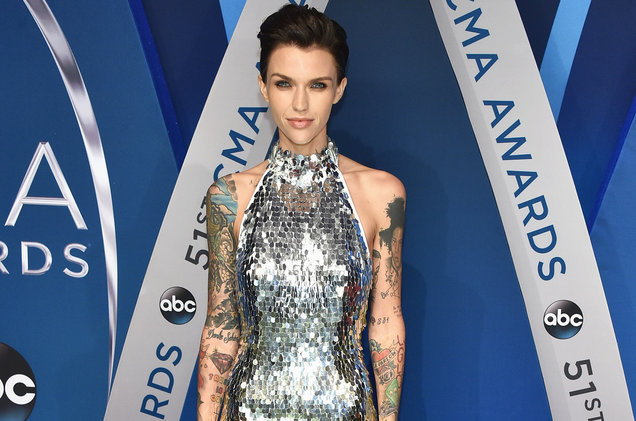 Ruby Rose was forced to quit Twitter following the backlash over her casting as lesbian superhero Batwoman in The CW’s Arrowverse. The 32-year-old had described the casting as a landmark moment for the LGBTQ+ community, however, she was met with criticism as fans felt a Jewish actress should have been cast to reflect the superheroes’ heritage.

Although Ruby’s casting is set to make her the first LGBTQ+ lead in a live-action superhero series, trolls also caused her to limit the comments on her Instagram account to only people she follows after some fans took to social media to express their anger. The star has restricted her Instagram account.

Before deleting her Twitter account, The Meg actor posted: ‘I wish we would all support each other and our journey. ‘When women and when minorities join forces we are unstoppable.. when we tear each other down it’s much more hurtful than from any group.’ She added: ‘I love a challenge. ‘I feel like the reason I kept getting so emotional is because growing up watching TV, I never saw somebody that I identified with, let alone a superhero.’ Ruby Rose deletes twitter over Batwoman trolls.

The Orange Is The New Black star is the latest star to be hounded off social media after a fan backlash. Stranger Things star Millie Bobby Brown, Star Wars actresses Kelly Marie Tran and Daisy Ridley have all deleted their social media accounts following harassment from trolls. Kelly played Rose, a mechanic who befriended Finn (John Boyega) in Star Wars: The Last Jedi, ultimately saving his life – however, fans apparently didn’t take to her character so well. After she was cast in the new Star Wars trilogy last year, she became the target of angry male star wars fans.

In one particular instance, her entry on the Star Wars Wikipedia page was edited to include offensive remarks about the star’s appearance and heritage. After the Kelly quit Instagram because of harassment, her co-star Boyega give Star Wars ‘fans’ a good telling-off.  He tweeted: ‘If you don’t like Star Wars or the characters understand that there are decisions makers and harassing the actors/ actresses will do nothing. You’re not entitled to politeness when your approach is rude. Even if you paid for a ticket!

TRAILER: Behind The Scenes of Game of...