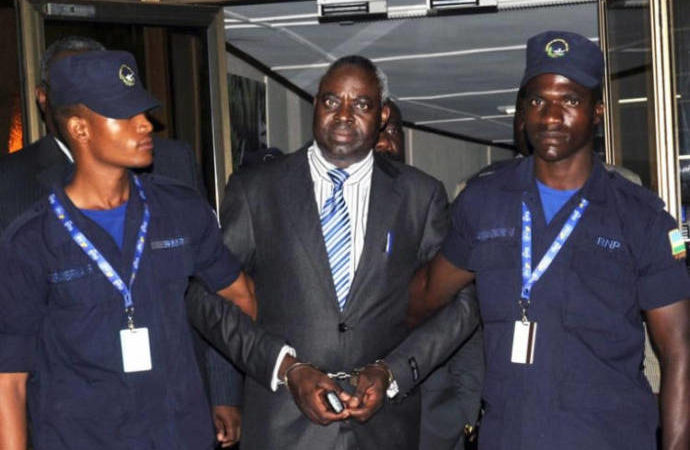 A Rwandan court Thursday sentenced Bernard Munyagishari to life imprisonment for his role in the 1994 genocide.

Munyagishari, a former secretary of former President Juvenal Habyarimana’s National Republican Movement for Democracy and Development (MRND) party in Gisenyi, was transferred to Rwanda by the International Criminal Tribunal for Rwanda (ICTR), in July 2013 following his arrest in the DR Congo in 2011.

The special chamber of the High Court trying international crimes found him guilty of genocide and murder. He was, however, acquitted of charges of rape.

According to the court, the prosecution failed to provide incriminating evidence proving that Munyagishari, planned, ordered, of individually committed rape.

His lawyers said they would appeal the verdict.

Rwanda in 1994 exploded into a genocide perpetrated by Hutus against Tutsis and moderate Hutus, that claimed an estimated one million lives.

It came to an end when General Paul Kagame and his Rwandan Patriotic Front troops overran the country to restore order.

Rwanda genocide sponsor to serve life in jail was last modified: April 20th, 2017 by Arinze Ago