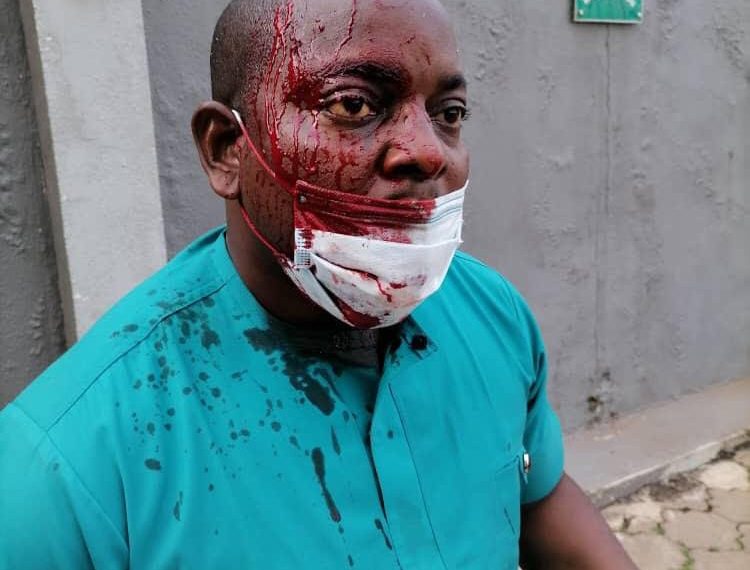 Shehu Sani, a former Kaduna lawmaker has reacted as the attempt by the Enugu State branch of the Nigerian Medical Association (NMA) to enthrone a new State Executive Committee (SEC) turned bloody on Thursday.

Journalists had reported that several doctors were injured when an election organized by the Nigeria Medical Association, NMA, in Enugu State ended in a fiasco.

The election which was meant to elect new executive members of the NMA started in a tense atmosphere and snowballed into medical doctors engaging in a free-for-all.

As the exercise commenced, warring groups within the Association descended on each other, leading to serious violence.

It was gathered that while Policemen providing security tried to restore normalcy, some doctors and their supporters launched violent attacks on their members.

Reacting, Shehu Sani described the incident as ‘unfortunate, adding that the political thuggery in the country has infected Nigerian physicians.

He tweeted, “The violence at the Nigerian Medical Association elections in Enugu is unfortunate.”

“The virus of political thuggery has infected our physicians.”