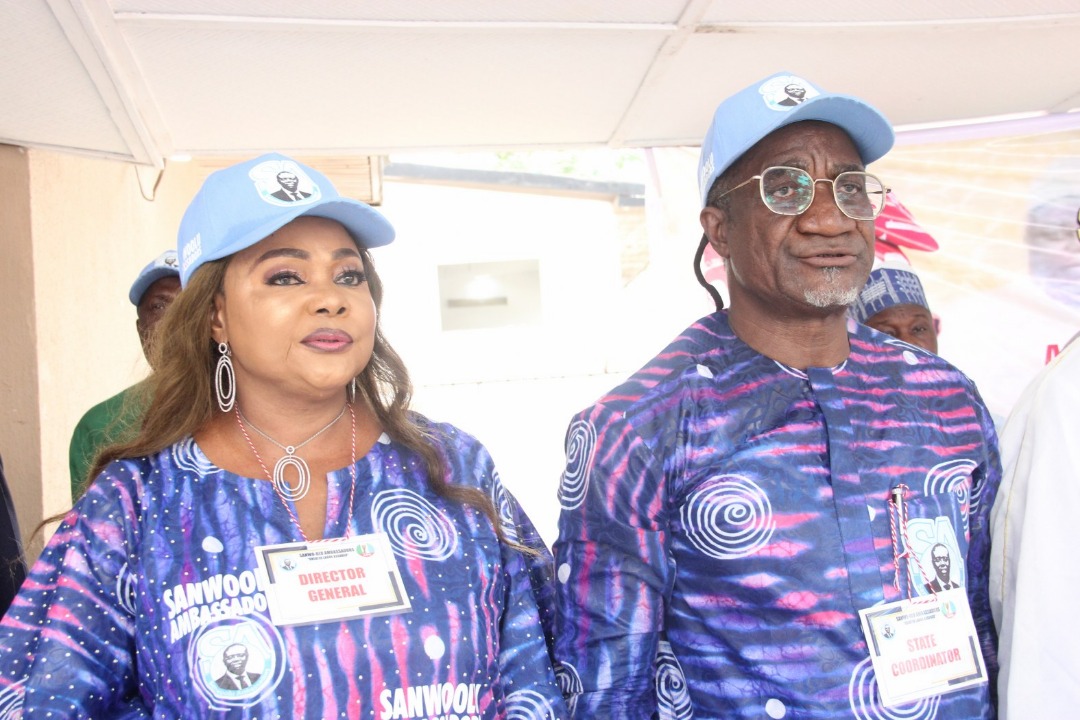 Members of Sanwo Olu Ambassadors, a prominent support group in Lagos have begun their campaign activities on a high note. On Wednesday 5th October 2022, they held an inter-denominational Prayer session for their core candidates: Gov Babajide Olusola Sanwo Olu who is seeking re-election as the executive governor of Lagos state and Asiwaju Bola Ahmed Tinubu, the APC presidential flag bearer who is the front runner in the quest to become the next Nigeria’s President come 2023.

The special prayer which was tagged “Lagos Prays for Governor Sanwo Olu and Asiwaju Bola Ahmed Tinubu” was held at the Babajide Olusola Sanwo-Olu Campaign Organisation; BOSCO’s office in GRA, Ikeja, Lagos.
The programme was highly eventful as members of the group trooped in from the nooks and crannies of Lagos state to join in praying for their priced candidates.

The Christian prayer was spearheaded by Venerable Gbade Adekola. He was supported with complementary prayer from Pastor Kolade Okesanjo and the wave-making Pastor Ojelabi.
HRM Oba Olufolarin Ogunsanwo; the Alara of Ilara Kingdom also prayed for the success of Governor Sanwo Olu and Asiwaju Bola Ahmed Tinubu in their bids to lead the state and the country respectively come 2023.
The men of God also took time to pray for other candidates of the party to achieve a resounding success in the forth-coming general elections.

Aside from the prayer session, Coordinators of the group across the 20 Local Government and 37 Local Council Development Areas in Lagos state were officially inaugurated and handed certificates to substantiate their position in the group in their respective areas.

The certificates were presented to them by the Iyaloja General and proud daughter of Asiwaju Tinubu, Chief Mrs. Folashade Tinubu-Ojo. She, therefore, admonished them on how to go about preaching the gospel of the party to win their minds.
She took time to emphasize the prospect of having Governor Sanwo Olu and Asiwaju Bola Ahmed Tinubu at the helm of affairs in Lagos and FCT, Abuja respectively. This, she assured they would transform the country for good.

Among the high points of the event was the arrival of each of the dignitaries, as they were welcomed in style by the sonorous praise songs coming from the stables of “Sanwo-Olu Babes Cheer group”.
Their performance added more fun to the occasion. Meanwhile Gbenga Adeyinka D 1st and Veteran Actress Mrs. Abiola Atanda popularly called “Madam Kofo” took charge of the event flow as the alternate duties with great dexterity and class.

Sitting with the clerics on the high table were HRM Oba Olufolarin Ogunsanwo; the Alara of Ilara Kingdom, HRM Oba Adebola Dosunmu, The Akinsiku of Lagos; Chief Mutiu Are, Senator Ganiyu Olanrewaju Solomon aka GOS, Chief Mrs. Folashade Tinubu-Ojo; the Iyaloja General and many others.

Notable among those that dazzled on stage were the duo of Faith Band and the legendary Juju Musician; Queen Ayo Balogun.
They combined well to give the crowd an ecstatic display.

Another moment that made the event thrilling was when the Lagos state Chief of Staff, Tayo Ayinde stormed the venue. He came to represent the Governor and he was received as such.
The tall, slim, and handsome-looking man got the loudest of reception on arrival by the crowd. They chanted and sang his favourite songs while he danced to them as he joined dignitaries on the high table.

Having settled at the event, he admonished the teeming supporters to identify efforts to campaign for Governor Sanwo Olu and Asiwaju Bola Ahmed Tinubu.
He pleaded with them not to let complacency set in as they take the campaign to the grassroots. He also assured them of good governance at all times.
Later on, the Director General of The Sanwo Olu Ambassadors; Alhaja Taibat Elemosho Okesanjo, the State Coordinator, Otunba Hammed Gafar and the entire committee presented a brand new Siena SUV vehicle as their own quota to support the ongoing campaign for their principal Governor Sanwo Olu.

With how members of the Sanwo Olu Ambassadors have begun their campaign at the grassroots, it is obvious that the group would leave no stone untouched for their choice candidates.