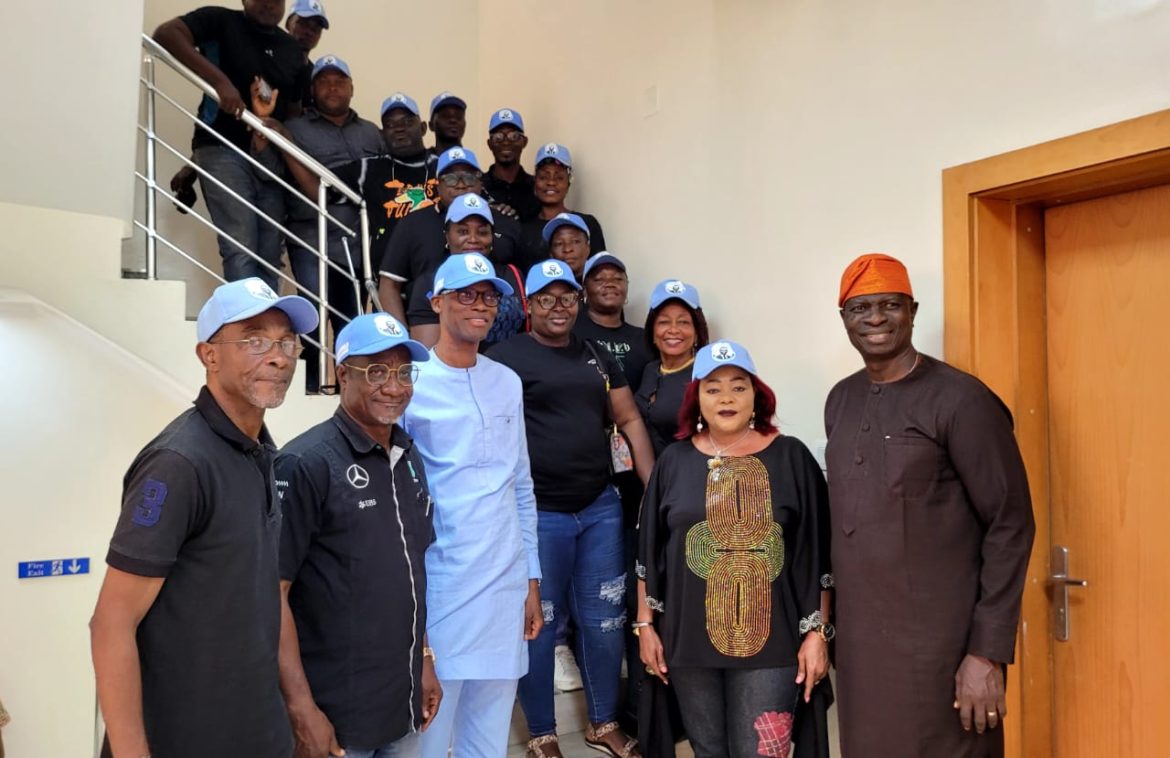 In her introductory remarks, Amb. Elemesho-Okesanjo informed the Chief of Staff that the group was formed to vigorously canvass for votes for the second term re-election of Gov. Babajide Olusola Sanwo-Olu based on his remarkable achievements in office. The DG noted that the group comprising over 23,000 members across the state had inaugurated its Coordinators and core EXCO members in 44 LGA/LCDAs in readiness for vigorous campaign exercises for the re-election of the Governor.

In his remarks, the State Coordinator, Amb. (Otunba) Hammed Gafar, stated that the formation of the group consisting of members from all strata of the residents of the State was based on their love for Mr. Governor who has been nicknamed Mr Sellable. He stated that the group is poised to campaign from door-to-door, markets-to-markets and through the nooks and crannies of the State in order to continue attracting more residents to vote massively for the Governor with the intention of ensuring a landslide victory for him come 2023.
Amb. (Otunba) Gafar while buttressing DG’s remarks stated that the group keyed into the THEMES Agenda of the governor by conducting a Health Outreach Event when about 108 beneficiaries who were members of the public from the 20 LGAs of the State were diagnosed by professional health care officials including giving them Health Talks and mouthwatering gift items from the Governor.

Thereafter, the Chief of Staff was formally inducted into the group as our Ambassador General

In his response, Amb. Gen. Tayọ Ayinde expressed happiness at receiving the group, which according to him, has been doing massively well in sensitizing the residents ahead of the 2023 election. He advised them not to relent in its campaign activities by ensuring that the landslide victory goal is achieved.

Describing APC as the party to beat, come 2023 general elections, in Lagos State in particular and Nigeria in general, the Chief of Staff concluded his remarks by assuring the larger public that the Governor is continually pressing on the throttle of achievements in order to ensure wide distribution of dividend of democracy to Lagosians. He noted that Asiwaju Bola Ahmed Tinubu is well positioned to turn Nigeria around for the better after he must have been sworn in as the next president of the country.

The Deputy State Coordinator/Director Of Operations, Amb. (Comrade) Rotimi Ogunmuyiwa, immensely thanked the Amb. General for the opportunity of the visit given to the group.

In his own submission, the group’s Director of Special Duties, Amb. Gbenga Adeyinka D 1st noted that the achievements of Gov. Sanwo-Olu are monumental to the extent that with the arrival of the Blue & Red Lane Trains, all residents of the State are eagerly awaiting the new lease of life. He noted that Mr. Achiever had laid an achievement track that may not easily be achievable by the others.