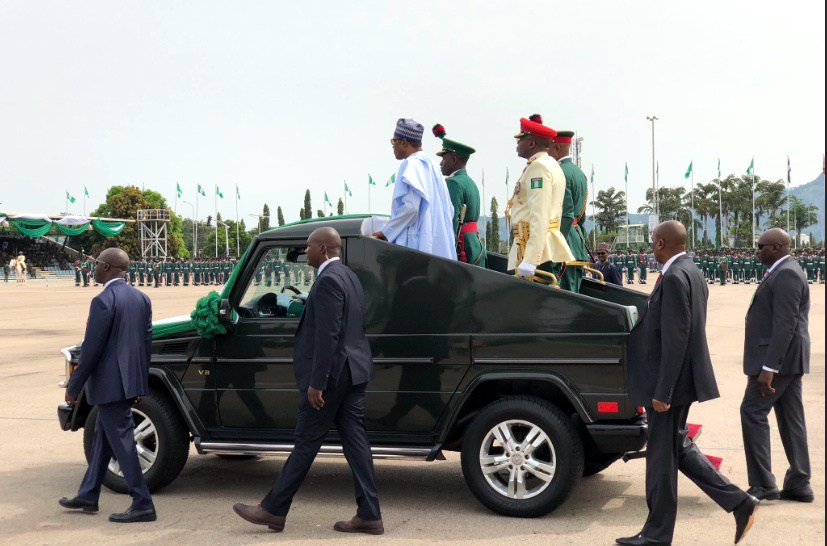 Senate President Bukola Saraki and Speaker of the House of Representatives, Yakubu Dogara, are both absent at Eagle Square Abuja where the nation’s 58th Independence anniversary parade is holding.

Present at the parade are President Muhammadu Buhari; his vice, Yemi Osinbajo; the Chief Justice of Nigeria, Walter Onnoghen; and former Head of State, Yakubu Gowon among others.

After the ceremonial parade comprising of the Armed Forces, police and other para-military agencies, there will also be a parade of the nation’s military hardware as well as air displays.

A photo exhibition depicting Nigerian history and an independence day dinner are also slated for today as part of the ceremonies to mark the 58th Independence anniversary celebrations.

Efforts to speak with the spokesperson of Mr Saraki, Yusuph Olaniyonu, were unsuccessful as his phone number could not be reached.

However, the spokesperson of Mr Dogara, Turaki Hassan, said he has no idea if his boss was invited to the event or why he is not attending.

“Actually, I am out of Abuja and I don’t know what is happening there,” he said.

While Mr Saraki is one of the aspirants to the office of president in the 2019 election, Mr Dogara is seeking re-election as a member of the House of Representatives.