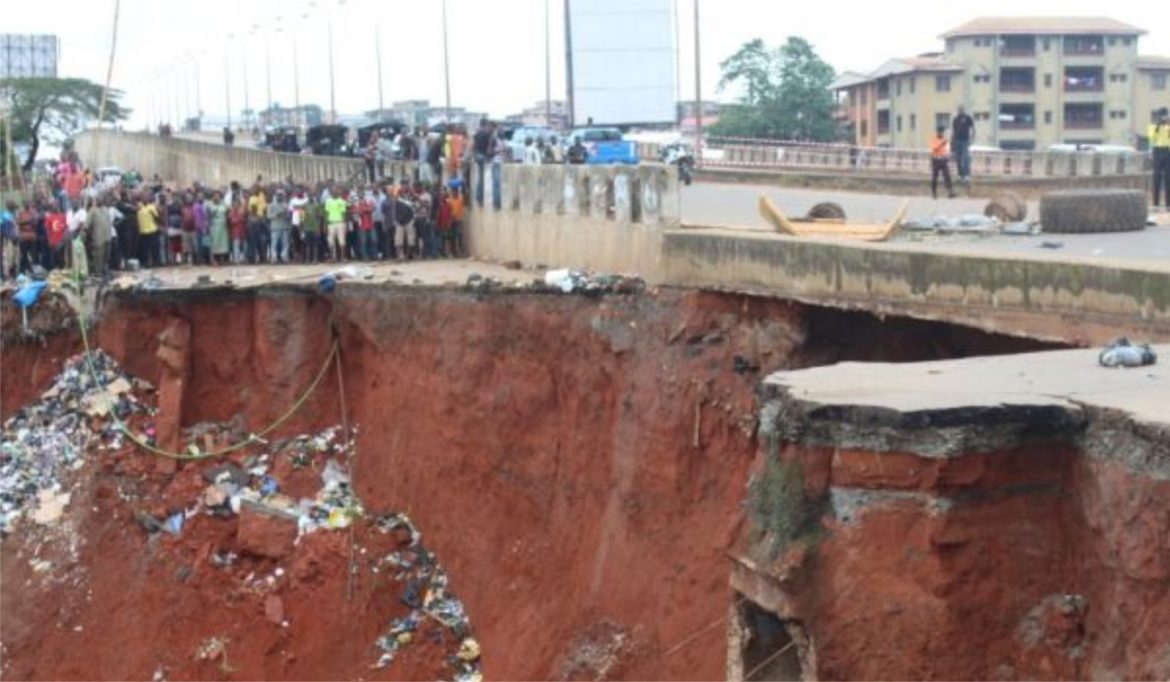 No fewer than 10 buildings including a school and church have collapsed at Obeleagu St. and Nkissi Aroli axis of Onitsha North Local Government Area of Anambra following erosion caused by the downpour.

The News Agency of Nigeria (NAN) reports that Obeleagu community in Onitsha metropolis has been threatened by gully erosion which has turned into an unending nightmare for the people of the area.

NAN recalls that the Minister of State for Environment, Mrs Sharon Ikeazor accompanied by the Deputy Governor of the state, Dr Nkem Okeke had in October 2019, inspected the erosion site and promised that work would be carried out on the site.

Ibuzo, who is also the Chairman, House Committee on Environment, expressed sadness that the erosion had continued to worsen each time it rained.

“The issues have been discussed at the plenary of the state House of Assembly and we have informed the state governor, even the Federal Government had some time ago sent a delegation to inspect the damage.

“Things like this should be taken seriously because it involves lives and property which is the responsibility of government,” the lawmaker said.

While promising to draw the attention of NEWMAP to the erosion site, Ibuzo advised residents of the area to relocate pending when palliative work would be carried on the site.

A resident of the area, Mr Godwin Aniakor expressed sadness that several properties had been destroyed due to the erosion.

Aniakor, who said the erosion had rendered many citizens homeless, noted that it started eight years ago.

He described the level of menace as “devastating and worrisome” and urged both the federal and state government to come to their rescue.

Another resident, Mr Christian Onwudinjo, who was seen dismantling the structure of his building said they were living in danger, therefore, had to make plans for relocation.

Onwudinjo also appealed to the government to intervene in the situation as the erosion might worsen and lead to unavoidable deaths as well as a further loss of property.

Aviation Minister Directs All Agencies Headquarters To Relocate To Abuja