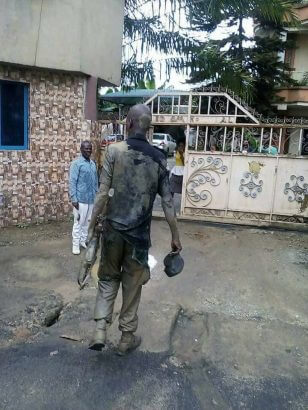 An armed robber who stormed Oroazi Road, Mgbuosimiri, Port Harcourt, Rivers state capital for a robbery operation met his end, as he was killed by a security operative.

According to Facebook user, Asonye West Germany, the robber shot dead by a security operative who entered into the gutter to counter the operation. 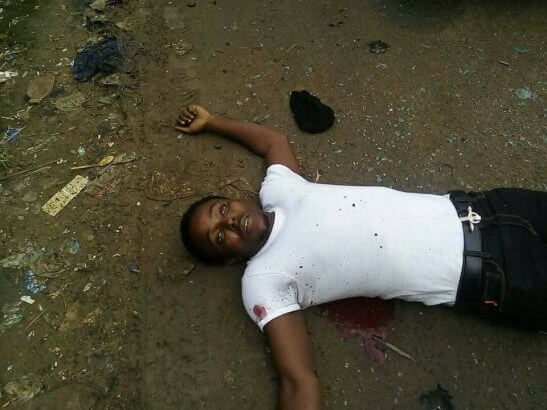 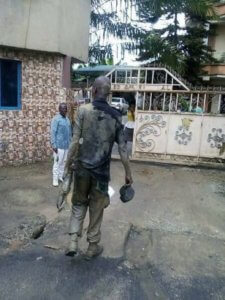 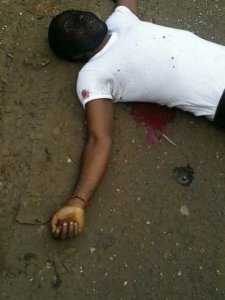 ‘Save me from recall’, Dino Melaye appeals to senators