See The Showbiz Stars Who Made News @ HEADIES Award 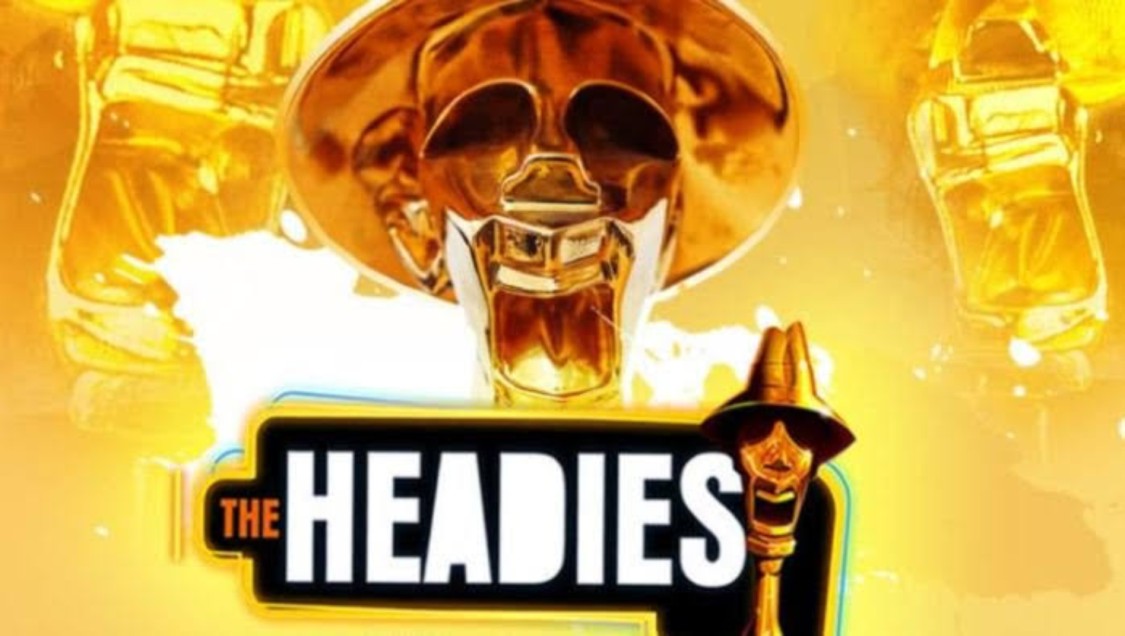 The 14th edition of 2021 Headies Award has come and gone but it will always be remembered for a long while. This is the very first time it went virtual, owing  to the pandemic.

Secondly, many stars made headlines for one reason or the other, during the prestigious award. The award had Fireboy leading with 9 nominations, while Davido, Burna Boy and Wizkid followed with 6 nominations each. It was held at the Eko Hotel & Suite Lagos and packed full of entertainment.

The award had television personality, Nancy Isime and popular comedian, Bovi as hosts of the award.

Big Brother Naija Lockdown Edition’s Winner, Laycon got people talking about his choice of shoes to the headies award. He was spotted on stage in white shoes which looked quite big from the angle the picture was taken. Fans took to the comment section to drag him.

The adorable video of how Tuface was holding his wife’s shoes at the hotel on their way to the venue of the award showed the very romantic side of him, this really melted people’s heart.

Second, the moment Wizkid prostrated to greet Tubaba at the Headies Award 2021, He displayed the humble side of him by paying respect to the music veteran. And this happened after Wizkid bagged The Artiste Of The Year and Viewer’s Choice Award at the Award.

Also Bad Boy Timz outfit was also another topic for discussion, as he WAS not well dressed and he didn’t do justice to the choice of his shoes too.

Akinbiyi Abiola popularly known as Bella Shmurda is, no doubt, one of the Nigeria’s most talented musicians. Currently rocking the movie industry. In less than a minute into his short interview at the award, he made some grammatical errors, but the most pronounced was “I didn’t came here for the award”, which many fans would not forget in a hurry.

The outfit of a popular comedian, Bovi, at the just concluded award attracted  reactions from fans. It was his second outfit for the award as the host, he wore a white shirt with the Nigerian flag stained with blood shed on it. He wore the outfit to pay tribute the victims of the Lekki Tollgate Massacre on Oct 20, 2020.

Many were of the opinion that he had the best outfit for the award.

Nollywood actress, Iyabo Ojo, stood out at the just concluded Headies 2021. She dazzled in an all white frock and the dress was designed and styled by Tiannah’s Empire, and the outfits got her the best dressed and best hairdo, which won her N250,000 naira courtesy lush hair Nigeria.

Wizkid win big at the Headies 2021

The highly talented and respected music star took home prizes, Artiste Of The Year and The Viewer’s Choice Award, following the record-breaking success of his latest album.

BB Naija star, Kim Oprah, stood out at the just concluded Headies Award. She was among the celebrities who presented award. Her blue-and-coffee-expensive outfit was one of the best for the night.

Also Wathoni Anyan, another BB Naija star, was outstanding, she stood out in her beautiful designed dress.

She was rated one of the best dressed for the award.

Pretty movie actress, Lilian Afegbai, is known to be very stylish and she always endeavours to stand out of the crowd. Her fashion sense is second to none. Her photographs were all over the net for her beautiful dress. In short, many took her for the best dressed at the award. And her sexy shape did more justice to the well designed dress.

She equally made headlines with her outfit at the Headies 2021. Alex is equally blessed with a very gorgeous physique could not that many but admire.

The 14th edition of the Headies Award saw many guests in attendance observing social distancing and many showing up in marks.

The award which was compered by comedian, Bovi and actress Nang Isime witnessed brilliant performances from the Chike, Joeboy, Fireboy, Laycon and others. Take it or leave Jamopyper had the best performance and many fans couldn’t stop talking about his outstanding performance.

Highly talented music act, Fireboy DMC, was the biggest winner at the Headies 2021. Winning 4 categories including Best R&B album, and many have said it was, indeed, a well deserved awards because he surely worked for it.

The Next Rated Award at the Headies is one award many always look forward to. This is mainly because it comes with a car gift. This year’s category had stars like Tems, Omah Lay, Oxlade and Bella Shmurda and Omah Lay, emerged the winner.

Davido and Burna Boy are, no doubt, big names in the music industry and they sure an extremely busy year. They had 6 nominations each for this year Headies Award each. But it came as a rude shock to many that non won any category for the award. This has made many people and fans talk.

Many couldn’t stop talking about the brilliant performance from music sensation, Chike during the award. He also emerged one of The Best Dressed Male artiste at the event.

The legendary Juju musician, King Sunny Ade had Special Recognition at the event. Many were impressed that he was recognised for his remarkable contribution to the music industry.

See The Showbiz Stars Who Made News @ HEADIES Award was last modified: February 26th, 2021 by Reporter