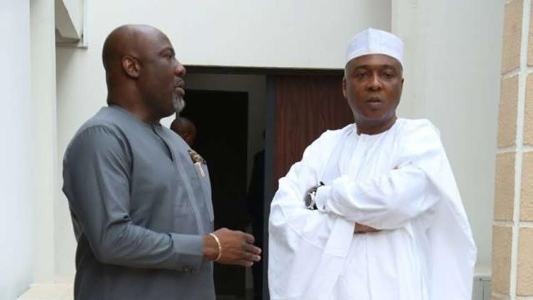 The 8th senate, during plenary session on Tuesday, March 21, 2017, has ordered its committee on Ethics to investigate Senate President Bukola Saraki and Senator Dino Melaye.

Former Majority leader, Ali Ndume this morning during plenary, drew the attention of the senate to reports on Sahara Reporters, accusing both Saraki and Melaye of been involved in shady acts.

Sahara Reporters in a story published two days ago, alleged that the senate is staging a war against Customs boss, Hameed Ali, because the agency seized Saraki’s Range Rover Bulletproof SUV over fake duty particulars. The news website on the other hand is alleging that Dino Melaye did not complete his first-degree program in Ahmadu Bello University, Zaria. 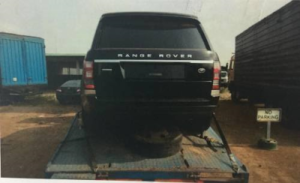 Ndume in his submission before the senate this morning, called on the senate to investigate these allegations as the reports according to him are bringing disrepute to the senate.

Deputy Senate President, Ike Ekweremadu who is presiding over plenary, ordered the committee on Ethics to investigate these allegations and get back to the house within four weeks.