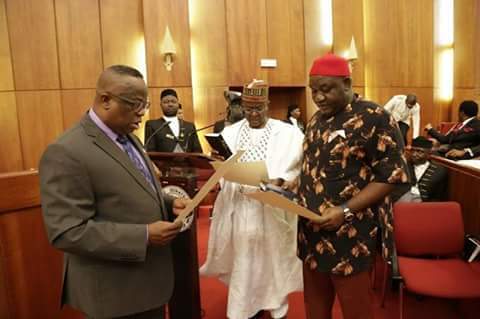 Nwajumogu, a returning All Progressives Congress (APC) member, was recently issued a certificate of return by the Independent National Electoral Commission (INEC) following an order by the Imo High Court legitimizing his reelection.

After the swearing-in of the APC senator to complete the 109-man senate, screening of the remaining 19 ministerial nominees resumed with the former Minister of Justice, Abubakar Malami (SAN).