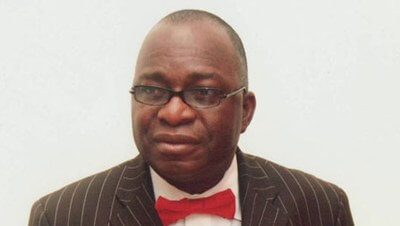 Senator Ayo Arise, who was abducted last Sunday by yet to be identified people, had regained freedom.

Sources said Arise himself told some people in the state that he is now a free man, but efforts to reach him on the telephone was unsuccessful.

Some members of his native Oye community, when asked, said they were not sure of where he was released, but explained that Senator Arise himself announced that he was on his way to Abuja.

“He must have been released from somewhere in Kogi State”, a member of the community said.

Details of how he was released is still sketchy by press time but many sources confirmed that he has regained freedom. It could not be ascertained where he was released and if any ransom was paid.

By Thursday, it was gathered that the kidnappers had reduced their ransom from N80million to N50illion.

It was also gathered in his native Oye-Ekiti community that clerics were gathering daily at the palace of the Oloye of Oye, Oba Michael Ademolaju, to hold prayers for his safe return from the kidnappers’ den.

Sources in the community had also said that sons, daughters of Oye-Ekiti and friends of the lawmaker, who represented Ekiti Central in the Senate between 2007 and 2011, were also contributing money ostensibly to secure his release.