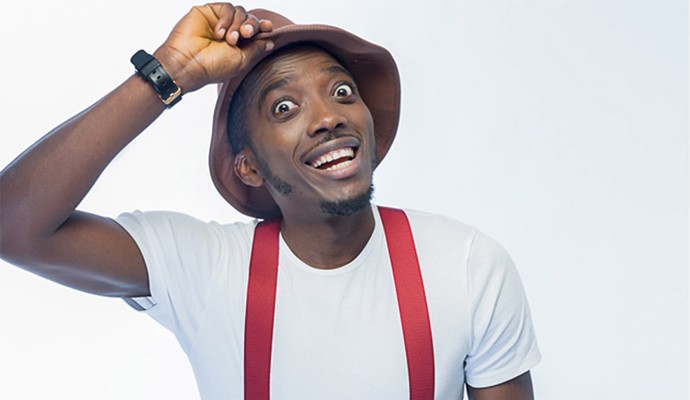 It was Friday night and it would hurt no one to cool off at a comedy concert that had been touted as the funniest in the year.

Bovi Ugbomah hosted us to the third edition of his one-man comedy show, Man on Fire on Friday, May 5. The show held at the Eko Convention Centre and although it was a shorter event than most, we were able to pick some highlights.

The late start disease caught up with this one too
It’s high time we all agreed that starting shows hours later than scheduled is a Nigerian plague sent straight to us from hell. Bovi Man on Fire invites read 8pm and for those who got to the venue early enough, they had to wait for about two hours before the show kicked off proper. We don’t remember getting an apology for this but since it has become normal for stuff like this to happen at Nigerian events, we moved on very fast.

Richard Mofe-Damijo is a perfect man
Flawed conclusion, you say? Well, it’s our honest opinion and we’ll stick with it. Basketmouth brought him on stage to introduce the man of the night, Bovi. RMD did an amazing job of keeping his speech simple, apt, sensible and he even had his own jokes. Dressed in a grey three-piece suit, RMD said the words, “grey (referring to his beards) is the new six-packs”. Wawu! We had no idea.

RMD had the sweetest words for Bovi. He said although the comedian blanks out occasionally, he usually comes back strong and always represents a breath of fresh air. He said he was proud to bring Bovi on stage same way he had done for Ali Baba and Teju Babyface. He urged the crowd to “make Bovi Man on Fire 3 the best one”.

One more thing we noticed? RMD might be a big fan of Nollywood actor, Charles Okocha. This is a probable fact considering the number of times he said “amoshine”.

Bovi used his jokes to address real Nigerian issues
For those who were yet to create that link, Bovi shed light on the adverse effects of the economic recession on the entertainment industry in the country. He talked about how erstwhile sponsors have suddenly become elusive, offering only advice rather than cash support. He talked also about annual shows that were unable to make any appearances last years. Bovi referenced Darey Art Alade’s Valentine concert Love Like A Movie where the tradition was to bring in an American female celebrity to highlight the show. LLAM brought Ciara and Kim Kardashian in past years but the most recent show had our “local act Tiwa Savage” who according to Bovi was cost-effective for organizers.

Saving Falz’s performance for last was a bad move
Bovi had a successful one hour non-stop comedy performance and as soon as he walked off stage, the general assumption was that the show had ended until minutes later, some strange people appeared awkwardly on stage. People kept moving towards the exit doors as the guy in the lead looked like he had nothing interesting to offer. Suddenly, Falz the bahd guy joins the group and immediately introduces himself by dropping bars from one of his hit songs, then the movement reduced. He managed to keep a larger percentage of the audience on the feet till he finished but fixing his performance at the end was a bad move still.

While Bovi made jokes about entertainment and politics in Nigeria, he asked who the most popular senator in the country is and everyone screamed “Dino Melaye”. Bovi then quickly clarified why the senator was the talk of town. It’s not because he’s made a significant contribution but for his natural ability to provide entertainment to Nigerians. He referred to the “Ajeku Iya” song Senator Melaye has been chanting across cities and his ridiculous stunt he pulled off when he showed up on Bourdillon street and challenged Asiwaju Bola Tinubu to a face-off.

Two stage acts to look out for
From their response, it was easy to decipher that only two of the other acts who performed at the show impressed almost everyone. SLKomedy (the comedian with numerous Big Brother Naija jokes) and Myro (the guy who gave that captivating rendition of love songs).