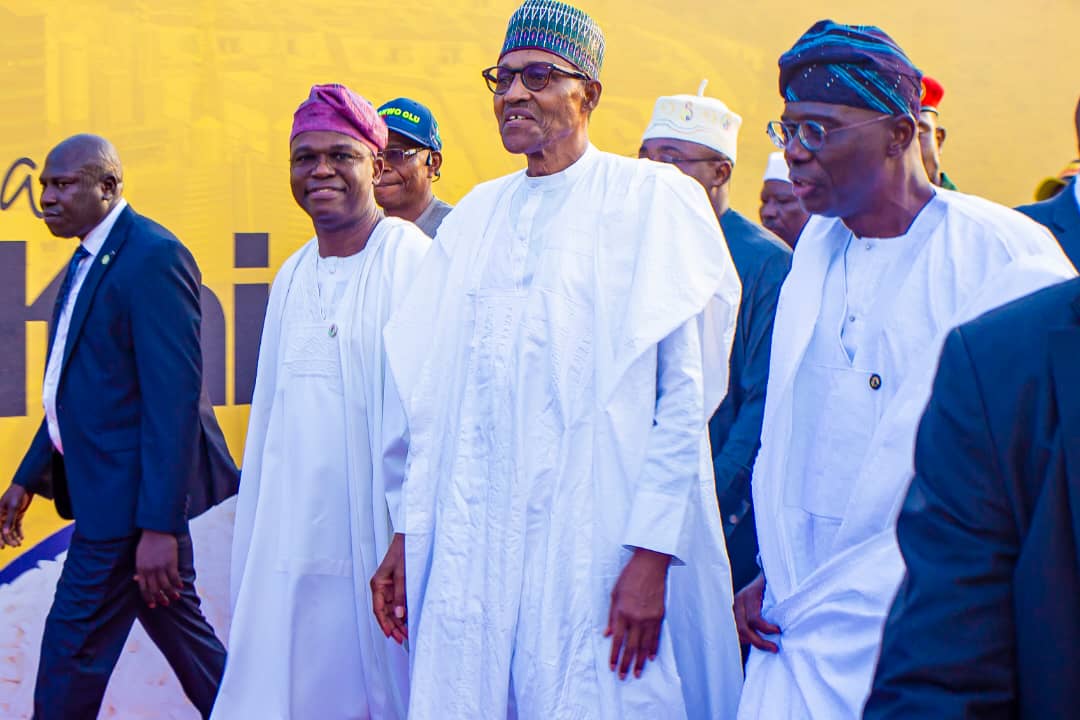 Today, I joined our amiable governor of Lagos State, Mr Babajide Olusola Sanwo-Olu in welcoming the President and Commander-in-Chief of the Armed Forces, Federal Republic of Nigeria, His Excellency, Muhammadu Buhari, GCFR, to Imota for the commissioning of Lagos Rice Mill.

Lagos made history today with the grand commissioning of the largest Rice Mill in Africa and the third largest in the world. The 32 metric tonnes per hour rice mill has a capacity to produce 2.8 million bags of 50kg bags of rice yearly. Lagos Rice Mill, Imota is expected to generate  250,000 direct and indirect jobs.

The Rice Mill has opened up massive economic opportunities for our constituents in Imota, Ikorodu and by extension, Lagos East Senatorial District.

I congratulate our dear performing governor, His Excellency Babajide Olusola Sanwo-Olu for this remarkable feat, which is one of the landmark achievements of his government has made in about four years in the saddle.

I also rejoice with our respected royal fathers in the Lagos East Senatorial District who graced the epoch occasion, in particular, the host monarch, The Ranodu of Imota Kingdom, His Royal Majesty, Oba Ajibade Agoro-Bakare.

How JUSSEG TRAVELS Is Playing Big In Cargo & Logistics Business