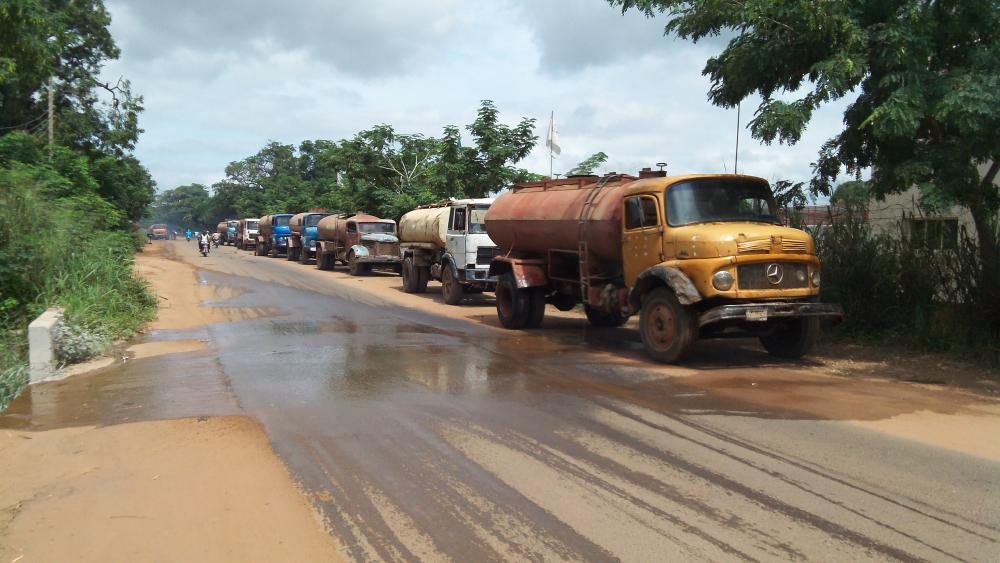 The accident which occurred around 7.30 am involved three vehicles, a trailer, a Mercedes Benz tipper and a tricycle.

The Nation gathered that the truck conveying bags of cement rammed into the tipper and the tricycle following a brake failure.

He, however, said no injury nor death was recorded in the incident.
He said, “At about 7.30 am today Tuesday 5 May 2020 multiple crashes involving Three (3) vehicles occurred at Obosi Bridge by the roundabout, along Onitsha-Owerri Expressway.

“A total of seven (7) people were involved in the crash ( all male adults). FRSC rescue team from Oraifite Unit Command are on the ground controlling traffic, as well as clearing of obstruction caused.

“He reiterates the importance of ensuring that vehicles are checked and serviced regularly, especially the braking systems, before embarking on any trip.

“He also warns tricycle riders from operating on the expressway, as this is a direct violation of the Law.”

Seven Escape Death By Whisker After Multiple Trailer Clash In Owerri was last modified: May 5th, 2020 by Damilare Salami