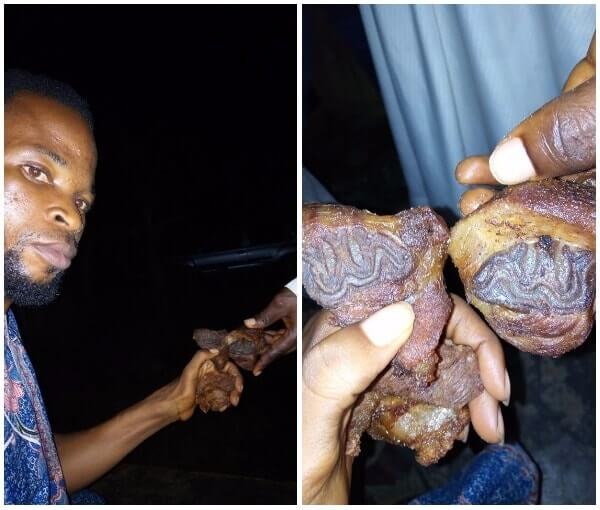 According to a Nigerian Facebook user, he found Allah’s name written on remains of the ram his family killed for Sallah.

Read what Abdulateef wrote online along with the photos he shared. We can’t confirm how authentic his claims are:

Wallahi, I testify that there’s no other gods but Allah SWT.

I have been hearing series of news that Allah’s name reflected on this and that. But today, I confirmed it. Some part of meat from our Ram after frying reflected Allah’s name showing supremacy and on

Don’t Drop Out Of School To Fulfill Your Dreams, Olamide Advises