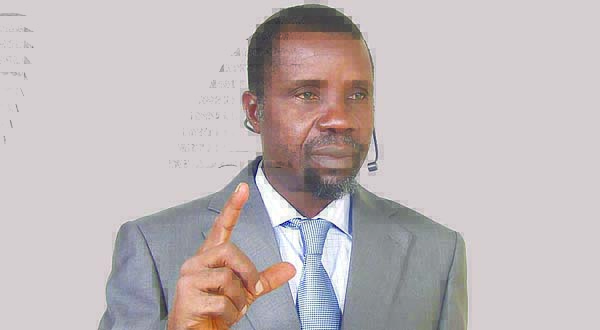 Listed below are the mindsets of God almighty as regards events that will manifest in Nigeria and the world at large for 2019 and beyond as revealed to His servant, Prophet Wale Olagunju the Presiding Bishop of Divine Seed of God Chapel Ministries, Sasa, Ibadan.

(1) As revealed to me by the almighty God, many servants of God in Nigeria have failed God as they have deviated from the original purpose of their calling and have elevated money more than God. God said that the church in Nigeria is a center of corruption.

(2) As a result of this, God said He will soon visit the so called church in His judgment.

(3) God promised that a new lease of life is on the way for his people in Nigeria.

(4) God revealed that the ruling party and its major opposition will take the 2019 general election as a do or die affair.

(5) God said the incumbent government in Nigeria as well as the ruling party is as good as dead for allowing monumental corruption under its nose. God said He turned his face against this government for mass shedding of innocent blood, tribalism, nepotism and favoritism of highest degree. God said  it will takeHis own intervention for the present government to survive total defeat by the Peoples Democratic Party.

(6) God said Buhari has become a disappointment in His sight and He has sought and found a man  after His heart to replace him.

(7) As a result, God said the road to Aso Rock Villa for Atiku is now very clear as his name will  continue to ring bell and that many will still root for him.

(9) God said, no amount of intimidation, blackmail or persecution will be sufficient to make the most perceived corrupt former Vice President lose the election to a man who claimed to be a saint.

(10) God revealed to me that no one is too sinful for Him to use to accomplish His purpose in the life of  His people and that His why he chose the perceived sinful Atiku to replace Buhari and as well surprise many Nigerians. God further emphasised to me that he does not work in the reasoning of  man but in the counsel of His word.

(11) God said that Buhari will know that He has rejected him when his bill board will be torn and pulled down by his own kinsmen who are the Northern people.

(12) God warns that the Peoples Democratic Party should exercise serious care not to allow pride into their head as this will lead then into a trap set for them by the A.P.C.

(13) God said He is only going to use Atiku to correct certain wrongs in the history of Nigeria. Though Atiku will try his best, God warns that Nigerians should not rely on him as he is not the Moses that will take Nigeria out of slavery to the Promised Land.

(14) God said it is a matter of time; Nigeria will certainly break up very soon at the appointed time.

(16) God said though, Atiku is not the Moses that will take Nigerians out of slavery, he is going to perform better than some past leaders but he needs to be careful so as not to fall into pitfalls which some past leaders fell into.

(17) God said the era when past military rulers will return to rule the country is over.

(18) Nigerians should pray now so that the 2019 election would not end up in chaos and thus become the worst election ever conducted in the history of the country.

(19) Should Buhari and his A.P.C attempt to rig the 2019 General Election, they will launch Nigeria back into crisis as witnessed during the Abacha Era.

(20) Nigerians should commence prayer now for President Buhari against sickness and sudden death.

(21) As we enter the Nigeria’s election year and before the election, Nigerians will continue to witness a migration of politicians from one party to another.

(22) As revealed to me by the almighty God, Tinubu should seek the face of God now so as not to lose Lagos state in the Presidential election to the Peoples Democratic Party as the party is destined to win the state.

(23) God revealed to me that it is only miracle of the century that will make Okorocha’s in-law to win the Governorship election in Imo state come 2019.

(24) If Aminu Tambuwal could seek the face of God very well, God revealed that he will rule the country in future.

(25) Nigerians should beging to pray for Athur Nzeribe now.

(26) Nigerians should commence fervent prayer for Atiku now to avert the fate of M.K.O. Abiola, sickness and sudden death.

(27) God warned that Tinubu’s surrogate candidate, Sanwo Olu will face his own problem at the end of the day.

(28) God said if the Governorship candidate of the PDP in the last Governorship election in Ekiti and the state of Osun could fervently seek his face, He will cause a redress of the monumental fraud perpetrated in those elections and return to them the peoples mandate stolen from them.

(29) Nigerians should commence prayer now for Obasanjo and Babangida this 2019.

(30) God warned that the PDP is not yet a settled party as there is still many corrupt elements at the National Executive Council level of the party who are only after their purse.

(31) In Oyo State come 2019, Seyi Makinde of the PDP has a better chance but, his stubbornness and     rigidity are his undoing which will ruin his chances. The PDP in oyo state is in shamble state and in crisis for this reasons the P.D.P in Oyo State  has given Adelabu and Akala more vote and a candidate to be reckon with, except Seyi Makinde mend his ways now and settle all the rift in the party. God said should not underrate Adelabu and Akala.

(32) The PDP Governorship in Kwara state is the candidate to beat, so the hope of the APC to win the    state is just a dream that can only come to fulfillment by massive rigging.

(34) Concerning Lagos Sate gubernatorial election Jim Agbaje is a candidate to beat but as reveal to me by the Almighty God the election will be grossly manipulated in favour of Sanwo Olu APC candidate, should APC allow the election in Lagos State to be free and fair, Tinubu and his APC will be humiliated.

(36) Should Buhari and his APC attempt to rig the 2019 presidential election as reveal to me by the Living God, Nigeria will break up and there will be chaos in our nation in the process, the Nigeria Armies forces will come up so as to rescue the nation from total break up.

(38) Even the pressure to remove Jonathan was not as much as this, there is hunger, suffering killing of innocent souls everywhere and not to talk of division, I repeat and stand on what God Almighty has spoken through me in my 2017 prophesy that Buhari would not be the president to be sworn in on May 29, 2019 God brought Buhari on board at the appointed time and he has remove him now because he has disappointed God and become a liability to the Nation.

(39) As reveal to me further the Almighty God the creator of the universe, it is just unfortunate that religion, tribal and political sentiment will never allow many Nigerians to think straight that the innocent blood of Ibos that was shed when Buhari came back from his sick holiday in London is a serious sin against God and man kind and their blood is hunting his government and crying for vengeance and to    demonstrate how this sin of shedding this innocent blood is grieving God Buhari’s day as president of Federal republic of Nigeria were numbered.

(40) One of the mighty trees will fall soonest.

(41) Irrespective of any misgiven from any group of people or individual even from the government, as reveal to me again under free and fairelection Buhari would not win the 2019 presidential election.

(42) Just like I predicted in the year  prophecy 2016 that only the last minute miracle of the century will make Saraki complete his tenure as Senate President now as reveal Saraki and his loyalist should pray very well against future assassination.

TOKE MAKINWA On Why She Enlarged Her BumBum