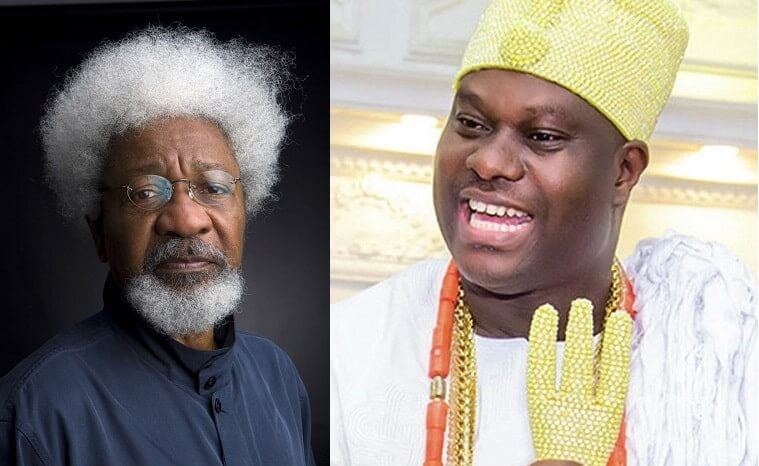 The Ooni of Ife, Oba Adeyeye Ogunwusi, and Nobel laureate, Wole Soyinka, have asked Nigerians to rise up and defend their ancestral land since the Muhammadu Buhari-led government was idling in protecting the lives of citizens.

The duo made the declaration in a statement on Wednesday after a meeting in Ogun State.

They said the selective approach of the Nigerian Government to security in different parts of the country points to an internal colonisation agenda, which is happening with the nod of the government.

The statement reads in part, “The present development is not new, nor has it lacked warnings.

“Numerous times, voices have been raised, and resistance mounted against the evolution of internal heirs to external colonialism, be this manifested by a military elite or by religious or economic groupings which flaunt their scant recognition of, or respect for human dignity, civic rights and sanctity of human life. The state has cultivated the art of looking the other way – until forced to confront reality.

“In this regard, the recent ultimatum delivered by a sectarian order to the president of this nation to set up the so-called RUGA cattle settlements across the entire nation within a stipulated time, despite the national outcry, should be acknowledged as an entitlement under the bounty of freedom of expression. In return, we exercise ours and call upon Nigerian nationals across state demarcations to defend the sanctity of their ancestral lands. This birthright has never been annulled, not even under colonial occupation.

“We have in mind destructive forms of social transactions that characterise groups such as nomadic cattle herdsmen, and their umbrella groupings in the nature of Myetti Allah.”

READ ALSO: HOW A BILLIONAIRE’S SON BECAME A REBEL – THE STORY OF EMEKA ODUMEGWU OJUKWU

Since Buhari Has Failed, Rise To Defend Your Ancestral Land – Ooni, Wole Soyinka To Nigerians was last modified: January 16th, 2020 by Damilare Salami