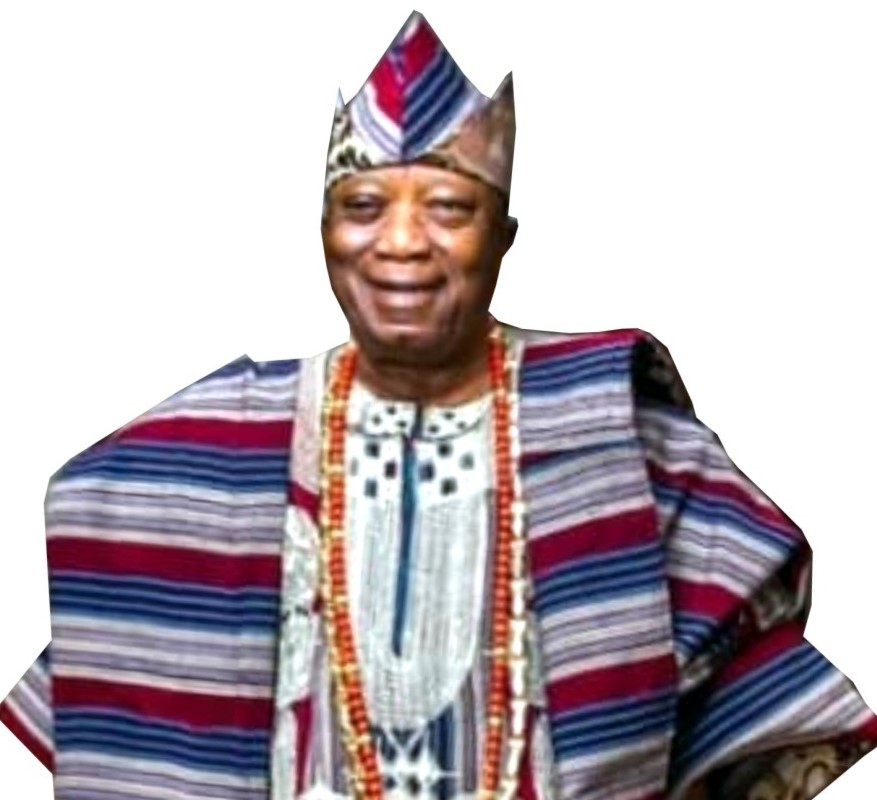 The House of Oduduwa under the leadership of the Arole Oodua, Ooni Adeyeye Eniitan Ogunwusi, Ojaja II has concluded plans to confer the prestigious chieftaincy title of ODOLE OODUA on Sir Adebutu Adebukunola Keshington a.k.a. Dodondawa.

The first of such conferments by Ooni Ogunwusi since his ascension of the throne as the 51st Ooni in the 3rd dynasty of Ife about four years ago will take place on the 19th, October 2019 at the Ile-Oodua, the Ooni’s palace, Ile-Ife.

The Odole is a special office which works closely with the Ooni in rallying the descendants of Oduduwa wherever they are in the world for unity, peace and progress of the race. The Odole Oodua, a position once occupied by the late Chief Obafemi Awolowo and subsequently by Chief G.O.K Ajayi is a highly revered chieftaincy in Yorubaland pioneered by the great Oranmiyan while he was still a Prince of Ife. Oranmiyan served as a rallying point and stabilizing force among the powerful empires within the expansive Oduduwa territory before becoming the Ooni in Ife  after his exploits which cut across Benin and Oyo kingdoms where he established his royal dynasties which have been in existence till date.

Historically, the office has its roots in the remarkable roles played by Oranmiyan, the great ruler of old Oyo and Benin kingdoms. Oranmiyan was virile, bold, adventurous, circumspect, dutiful and at the service of his other siblings. He stood as an effective link between them. It was his commitment to a united Oduduwa family that is referenced in the fragment of his panegyric “akantunkansi or as’otuns’osi, akinn’ile akinl’ogun” (the great link to both sides, the brave both at home and at war. Even though both Benin and Oyo kingdoms were at a point most powerful domains within the expansive Oduduwa territory, Oranmiyan ensured that they never overran each other.

Etymologically, “Odole” derives from the expression “odo ile Oodua” (the youth in the house of Oduduwa). It is a contraction of the expression adopted as a title to perpetuate the ideal of internal cohesion for which Oranmiyan stood in the Oodua family of the ancient days.

The traditional title of the Odole of Ife has been retained as part of Ife’s social and political system and specially conferred on distinguished Oodua descendant who in present times can replicate the roles played by Oranmiyan.

In the contemporary history of the Oodua people, the late sage, Chief Jeremiah Obafemi Awolowo, who later held the title of Asiwaju Ile-Oodua which has since been left unfilled till date, was the first to be honoured with the title after Oranmiyan. The second holder of the title was the late Chief G.O.K. Ajayi (SAN). Sir Adebutu Adebukunola Kensington is the third in the line.

Like his predecessor, Sir Adebutu’s exemplary life achievements and awesome potentials for positive social transformation were a crucial factor in his consideration for the prestigious position.

From a very humble background to a life of a successful businessman of national and international repute, a philanthropist of rare breed and a social reformer of distinction, Sir Adebutu has emerged as the most suitable candidate for the position. He hails from Iperu Remo in Ikene local government area of Ogun state, Nigeria.

The choice of Adebutu as the Odole Oodua is also in recognition of his philanthropy, positive contributions to human development, and promotion of our prestigious cultural values and traditions as descendants of Oduduwa. The Kensington Adebukunola Adebutu Foundation (KAAF) and the medical laboratory and his acceptance of the offer to the Arole Oodua’Olofin Adimula, the Ooni of Ife for final ratification.

All the necessary rites attached to the installation are being observed ahead of the installation ceremony slated. The kings, the high chiefs (AGBA IFE) and chief priests (THE ISOROS) are atop of the coronation rites which will reach the climax on the eve of the event in October 2019.

Lets tell you more about him. Sir (Dr.) Kessington Adebukunola Adebutu CON, KJW, FISM is from Iperu remo. He was born to the late Alhaji Karimu Folarin Adebutu aka “Owo-Iya” and late Alhaja Seliat Olasimbo Adebutu of Iperu Remo, Ikenne LGA in Ogun State on the 24th of October 1935. Sir Kessignton attended The Wesley Primary School, Iperu Remo and Ijero Baptist School, Apapa Road, Ebute-Metta, Lagos where he completed his primary education in 1950. In 1955, he attended Baptist Academy, Lagos and Remo Secondary School (RSS) Sagamu Remo, Ogun State for his Secondary education. he attended several leadership and management development courses, seminars and programmes both in Nigeria and abroad.

As an employee, Kessington paid his dues early in life by working first with Cable and wireless Limited, (which later transformed into NITEL) as an operations clerk in 1956. He joined Claffin Chemicals Ltd as a Salesman and rose to the position of The Regional Sales Manager for Lagos and the old Midwestern State, having displayed uncommon integrity, hardwork and sincerity of purpose which earned him both respect and recognition very early in life.

Kessington’s urge to positively impact people’s lives and provide support to the teeming unemployed Nigerian Youths moved him to establish his company, Face-To Face Million Dollars Pools Ltd in 1969 with his bossom friend, late Chief Solomon Adebayo Bankole Ayoku as partner. Armed with a rare conviction and determination to transform the society, particularly the social conditions of the masses, Kessington has become one of the most reliable social-economic dynamos of our time, helping to move Nigeria forward towards national integration, economic growth and development. His philanthropic gestures range from offering scholarships to indigenous students to offering free medical treatment to less-privileged members of the society. Sir Adebutu has also built Schools, Churches, Mosques, Hospitals and other Public monuments. Besides being known as a Philanthropist of great repute, he has also carved a niche for himself as a Business icon and an outstanding Human and Material Resources Manager.

Popularly called “Baba Ijebu”, his Lotto business venture has brought hope to the hopeless and great succour to the needy in the society. Today, Kessington’s business instinct has made him to diversity into other investments notable amongst which are: Property Management, Agriculture and Entertainment with ground breaking successes in all. His managerial skills can be visibly perceived in his highly efficient workforce and outstanding organisational structure.

In all these, Kessington’s philanthropic gestures stand him out as a man of rare humanitarian pedigree. His love for humanity made him to establish the Kessington Adebukunola Adebutu Foundation (KAAF) in 2005 as a corporate vehicle for his philanthropic activities and has through KAAF provided assistance to a large number of individuals.

Sir (Dr.) Kessington Adebukunola Adebutu has through the years also emerged as a respected voice and leader in traditional and religious circles. Some of the titles to show for this are: *The Asoju-Oba of Lagos *Balogun of Remoland *The Balogun of Iperu Remo *The Baba Ijo of Wesley Methodist Cathedral, Iperu Remo, *Asiwaju Onigbagbo of Ikenne Local Government, *Agbesinga Adinni of Remo Kingdom *Omoluabi of Ikenne Local Government *Baba Oba Alaperu of Iperu *Baba Oba Ebi of Idena Iperu Remo *Baba Oba Aladeshonyin of Odo-Noforija Kingdom *A knight of John Wesley, KJW.