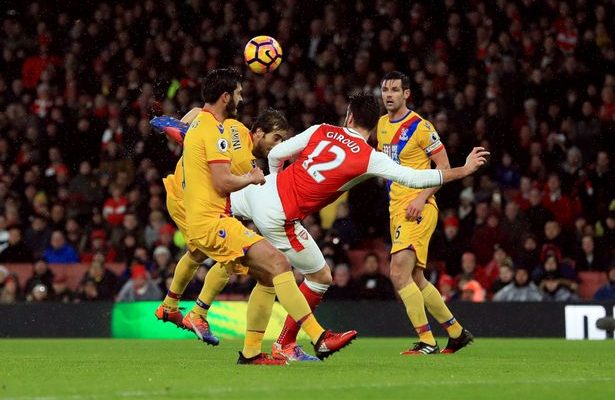 West Ham boss, Slaven Bilic has shown interest in signing Olivier Giroud from Arsenal this summer after discovering that the France international could leave the Emirates Stadium, a report which surfaced in the media has revealed.

Giroud only managed 90 minutes just four times in the Premier League in 2016-17, and scoring 12 goals, while reports have suggested that Arsene Wenger is in the market for a marquee forward addition in this transfer window, leading to the potential departure for the striker.

According to Goal sources, the Hammers believe that Giroud would command a fee of around £20 million, with Slaven Bilic’s side prepared to offer him a four-year deal on a weekly wage of £100,000.

Exploratory talks between Giroud’s representatives and West Ham have already taken place, and the player is believed to be keen on the move.

Giroud would prefer to leave Arsenal on a permanent deal than on a short-term basis, and is understood to want to stay in London.

Bilic’s men have already signed Pablo Zabaleta from Manchester City this summer and will remain in the market for a forward even if they secure Giroud’s signature.

Both Michy Batshuayi and Kelechi Iheanacho, of Chelsea and Manchester City respectively, are targets, but securing the former is understood to be complicated given the Blues’ desire to loan him out, as opposed to selling permanently.

Iheanacho, however, is seen as attainable, and West Ham are continuing to pursue a deal.

Despite media reports to the contrary, sources have also rubbished reports of interest in City goalkeeper Joe Hart, who spent last season on loan at Torino.

Hart would demand around £175,000-per-week to sign for the club, and West Ham are more interested in reinforcing their forward line this summer.