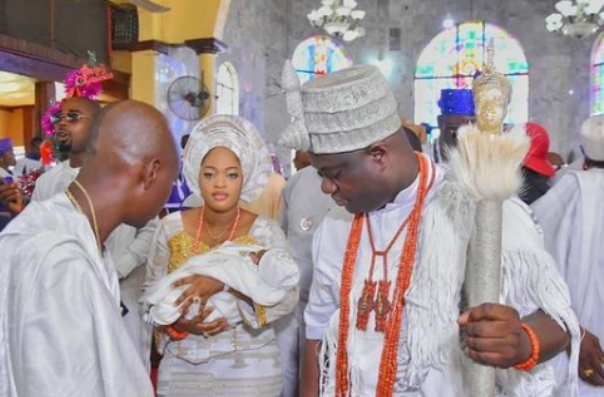 Silekunola M. Naomi Ogunwusi, wife of Adeyeye Ogunwusi, the Ooni of Ife, has recounted how the societal pressure made the journey to motherhood difficult for her.

In November 2020, the queen had welcomed the arrival of a baby boy with the monarch, two years after they had gotten married.

During her recent feature on TVC’s ‘Your View’, Naomi spoke of the “difficult” experience she had prior to conception.

Making reference to her story, the queen said conception becomes tougher for women when they are constantly reminded of their fertility struggles.

“It was like I was supposed to start popping babies almost immediately. The whole world was just looking at me,” Naomi said.

“Thank God for a supportive husband, he would always tell me not to bother. think it was something I was challenged with from the first day I got married.

‘‘One thing that society does not yet know is that when a woman is under pressure, it becomes very difficult to conceive because it messes up with her brain and then it goes into her hormones and it becomes more difficult.

“The more you abuse a woman about childbearing, the more it becomes difficult for her to conceive.”

Beyond her conception struggle, Naomi also admitted that she had faced pressure as regards the sex of her child and it’s not from her husband but the general public.

“I would say from the public, there was a little bit of pressure but because my husband didn’t actually care about what gender, it could be a girl, a boy, or even twins he didn’t care.

Politics Of Bitterness and PDP’s Deadly Plots Against Me, APC MUST Stop Now – Chief Nelson Agbamuche

Read Exciting Gists & Features from This...