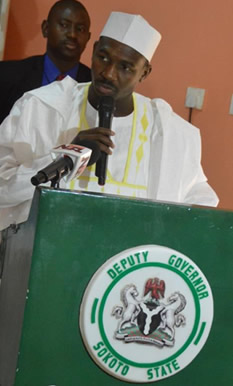 Reports say that Mr Sokoto submitted his resignation letter to the state house of assembly on Tuesday.

However, the letter was not read out during plenary for reasons not stated.

Mr Sokoto is the governorship candidate of the All Progressives Congress (APC) in the 2019 election.

A further research revealed that his resignation may not be unrelated to the defection of Aminu Tambuwal, the state governor, from the APC to the Peoples Democratic Party (PDP).

The 48-year-old former commissioner for health in the state may be battling for the governorship seat with Aminu Tambuwal.

Tambuwal had earlier contested and lost his bid for the presidential primary of the PDP, but later made arrangement for the PDP governorship ticket; although, he was not on the list of governorship candidates released by the Independent National Electoral Commission (INEC).

Why IBADAN People Don’t Joke With Their...