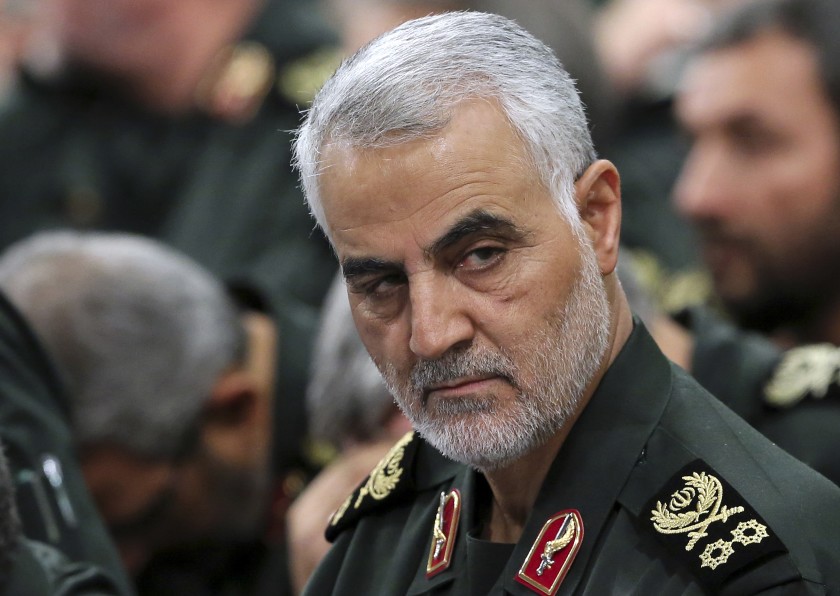 Gholamali Abuhamzeh, commander of the Guards in the southern province of Kerman in Iran, says his country has identified at least 35 US targets for retaliatory strikes over the death of Qassem Soleimani.

“The Strait of Hormuz is a vital point for the West and a large number of American destroyers and warships cross there … some 35 US targets in the region, as well as Tel Aviv, are within our reach,” he reportedly said.

Soleimani, an Iranian general, was killed by US forces on the orders of President Donald Trump.

Trump had described the late general as a threat to Americans, saying he was plotting “imminent and sinister” attacks against US citizens before he was killed in Baghdad, Iraqi capital.

“Soleimani was plotting imminent and sinister attacks on American diplomats and military personnel, but we caught him in the act and terminated him,” Trump had said at a press conference.

After his death, Iran vowed “harsh revenge”. Iranian President Hassan Rouhani said the US made a “grave mistake” in killing Soleimani and will suffer consequences for years to come.

While visiting Soleimani’s family on Saturday, Rouhani described the airstrike as an “unforgettable crime”.

“The Americans did not realise what a grave mistake they have made. They will suffer the consequences of such criminal measure not only today but also throughout the years to come,” Rouhani said.

“This crime committed by the US will go down in history as one of their unforgettable crimes against the Iranian nation.”

After visiting the family of Soleimani on Friday, Ayatollah Ali Khamenei, supreme leader of Iran, wrote: “Hajj Qasem Soleimani had been exposed to martyrdom repeatedly, but in performing his duty and fighting for the cause of God, he didn’t fear anyone or anything. He was martyred by the most villainous people, the US government and their pride in this crime is a distinguishing feature of him.”

He also warned “Iran’s enemies” that the “Jihad of Resistance will be bitter”.