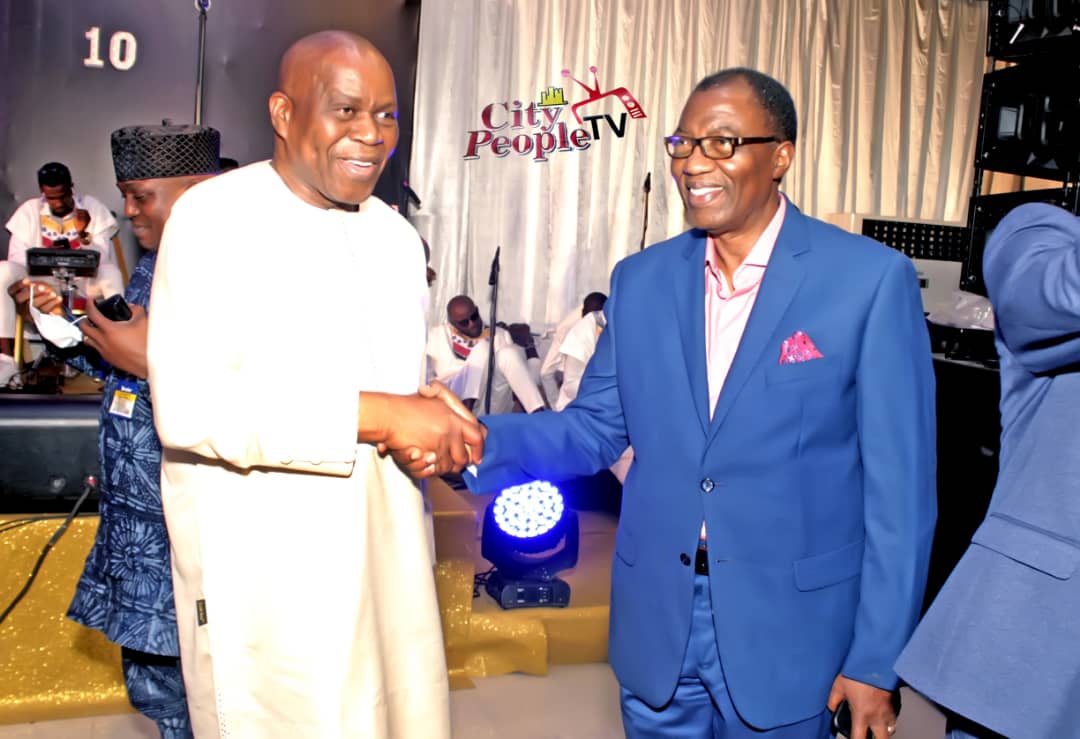 It was a night of Glitz & Glamour, as foremost Media and entertainment conglomerate, Solution Media & Infotech Limited,celebrated its 10th Anniversary on Friday 11th June, 2021.

The celebration was held in the classy, Julianah Memorial Hall, located inside the popular Hi-Impact Planet ground in Ibafo, Ogun state.

The event was celebrity-studded as the tagged “Gala Night” saw lots of icons from all walks of life come around to celebrate with the Chairman of Solution Media and Infotech Limited, Prince Yanju Lipede, popularly called Solution, for a great fit achieved in the entertainment and tourism as well as raising the Nigerian flag high in foreign lands.

Speaking at the event, the Managing Director of Solution Media and Infotech, Adeyeloye Lipede revealed the idea behind setting up the organisation which has given birth other stables under it.

He said Solution Media and Infotech was conceived out of the desire of his brother and chairman of the organisation to completely stay out of politics.It was a decision they jointly took, amidst temptations to go deeply into politics.

He said they saw a large vacuum in the entertainment industry and they decided to fill it through Solution Media and infotech.

10 years down the lane, the organisation has given birth to a number of companies all rendering qualitative and world class services to clients in entertainment and tourism. These companies he mentioned are as follows:

In addition, he said the organisation has organised a number of shows part of which includes the Hi-Impact for Creative Kids which brought together over 6000 kids drawn from public and private schools from Ogun state and Lagos State. Winners at this event were taken on a trip abroad. Also it organised was the World Musicalon Concert which featured Nigerian and African top artists. This by extension further raised the Nigerian flag high in the entertainment industry world wide.

He however said the organisation would not rest on its oars and they are bent on making more landmarks in the entertainment and tourism industry.